Indian designs to colonise IOJK to be repulsed: AJK president 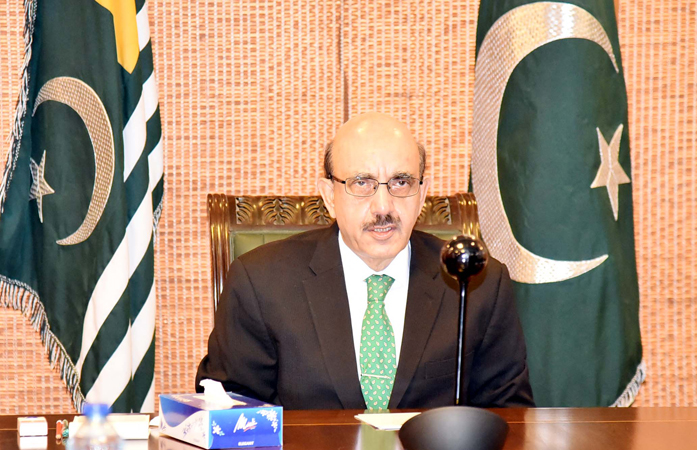 President Azad Jammu and Kashmir (AJK) Sardar Masood Khan terming the August 5, 2019, as the darkest day in the history of Kashmir has said that the attack launched by India on this day, two years ago to colonise occupied Jammu and Kashmir was still continued.

In a message on completion of two years of India’s illegal action of August 5, 2019, the AJK President said “two years ago, India invaded, reoccupied, and besieged the Occupied Jammu and Kashmir. The occupation continues; the siege continues. In these past two years, thousands of men, boys, and children have been illegally detained and tortured in prison houses and concentration camps.

“Millions of Hindus from India have been illegally domiciled to reduce Muslim majority in the occupied state. Eighty per cent of the Kashmiris’ land has been expropriated for Hindu settlements and businesses. Hundreds of Kashmiri youth have been killed in the cordon and search operations,” the state president narrated.

Saying that India bifurcated the disputed territory into two parts last year illicitly and declared that Kashmiris in IOJK would be ruled by Delhi, without their consent, Sardar Masood said now in another sinister move this year, Delhi launched massive import and transfer of Hindus from India to settle them in the occupied territory in order to change the demographic composition of the state.

He said that this was a flagrant violation of the 4th Geneva Convention and international law.

“India has committed war crimes, crimes against humanity, and genocide. Under the Geneva Convention and international law, India must be held accountable for these heinous crimes. The cover of impunity given to India should be withdrawn. Against this backdrop, India has no right to sit in the Security Council or preside over it,” he demanded.

Concentration camps had been set up in IOJK and India to force political activists to discard their quest for liberty, he said, adding that the occupied territory’s economy had also been ruined.

He condemned India’s terrorism in the occupied territory and demand that the international community should take action to save Kashmiris from decimation and destruction. We are grateful to world parliaments and media networks for speaking up for Kashmiris in the past, but now when the identity of the state and its people is being erased, the world is silent.

“The people of Jammu and Kashmir would repulse Indian designs of colonisation and secure their freedom through self-determination,” the AJK president said as he paid tributes to mothers and daughters, fathers and sons and, above all, martyrs for liberty in the Occupied Jammu and Kashmir.