Pakistan to support Kashmir until its freedom: Ch Sarwar 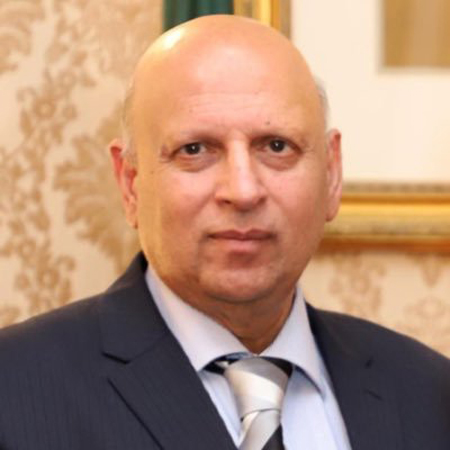 Punjab Governor Chaudhry Mohammad Sarwar has said the Pakistan government, under the leadership of Prime Minister Imran Khan, will continue to extend diplomatic and moral support to the Kashmiri people till they win freedom from the Indian occupation.

In an interview with APP on the eve of Youm-e-Istehsal Kashmir here on Wednesday, he said the Ministry of Foreign Affairs (MoFA) had raised Kashmir issue on every international forum under the Pakistan Tehreek-e- Insaaf (PTI) government since the Indian government revoked special status of the state of Jammu and Kashmir, adding that he, himself, has advocated the cause of Kashmiri people for over four decades.

August 5 is being observed as Youm-e-Istehsal Kashmir across the country to vent anger against the nefarious act of the Indian government to abolish Articles 370 and 35A of the Indian constitution and integrating the state of Jammu and Kashmir with India against the United Nations (UN) resolutions and would of the Kashmiri Muslims of the occupied valley, he said and added the Indian government, in 1949, had promised to resolve the Kashmir dispute as per the UN charter and resolutions of the UN Security Council.

To a query, Chaudhry Mohammad Sarwar said it was two years since Indian Prime Minister Narendra Modi stripped the people of Indian Illegally Occupied Jammu and Kashmir (IIOJK) of the special status and thrust the valley into dark ages by imposing unprecedented lockdowns and communication embargoes. He said the youth, women, children and elderly had been subjected to worst state oppression for decades in IIOJK.

On intervention of international community, he said the IIOJK had been put under curfew for the past years with the parliamentarian, human rights watchdogs and foreign observers including the United States congressmen and media men barred from access to the valley. “The Citizenship (Amendment) Act 2019 of the Indian government was another draconian law drawing similarities with rare autocratic laws aimed at segregating societies and regions in the name of race and religion”, Sarwar responded to a question.

On his Kashmir diplomacy, he said, “I have always kept the Kashmir and Palestine issue alive at the European Parliament, British House of Lords and House and Common and with the US congressmen”, adding that Vice President European parliament Fabio Massimo Castaldo was a personal friend and a keen advocate of the Kashmiri people – brutally enslaved by the Indian forces. He said the VP European Parliament had always supportSed Pakistan on Kashmir issue and securing GSP plus status.