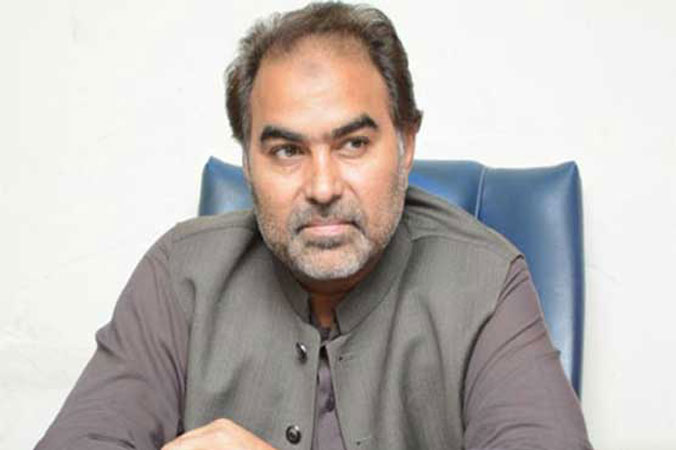 Punjab MPA Nazir Chohan, long considered a loyalist of PTI stalwart Jahangir Tareen, on Wednesday decided to part ways with the split faction of the party.

Addressing a media briefing in Lahore alongside Punjab Minister for Prisons Fayyazul Hassan Chohan, after a sessions court granted him bail, Nazir said that he no longer has “any association with the Tareen group”.

“Jahangir Tareen used me for his case and then threw me away,” he said. Nazir said that he was “never once called” by Tareen in his hour of need, whereas he went to every court summon of Tareen.

“I considered him my leader, but he is not fit to be called one,” Nazir said of Tareen. Nazir expressed his gratitude to the senior PTI leadership, naming Chaudhry Pervaiz Elahi and Shahzad Akbar in particular.

“I am grateful to Chaudhry Pervez Elahi who took a strong stance for me,” he said, adding: “Shahzad Akbar was the first to call me when I fell ill and inquired about my health.”

“I have apologised to Shahzad Akbar in no unclear terms. I am remorseful over my actions which affected him and his family,” he said. Nazir went on to state that he has  “one leader and one leader alone,” adding: “His name is Imran Khan.”

He said that Tareen “should be ashamed of himself for not even bothering to visit” him in the hospital. The PTI member said that in this entire saga, “the faces of a lot of hypocrites have been exposed”.

Fayyazul Hasan Chohan, for his part, acknowledged that conflict within the party had been brewing for a while but that the disgruntled party members took the senior party leadership into confidence over their concerns.

“Shahzad Akbar played a positive role in assisting mediation efforts,” he said, adding: “Nazir Chohan also played a vital role in this regard.” “We have no right to object to anyone’s faith and probe such matters,” he added.

It bears mentioning that Chohan had levelled allegations that challenged the religious beliefs of the prime minister’s adviser on accountability, Shahzad Akbar, during a television show on May 19. Chohan had demanded that based on these allegations, Akbar steps down from his office.

At the time, Akbar had been at the forefront of a probe into the sugar crisis, which involved the scrutiny of Tareen’s JDW sugar mills. Akbar, in response, filed a police complaint the next day and then proceeded to have an FIR registered against Chohan on May 29.

The FIR stated that given Akbar’s work to “ensure accountability”, such allegations which brought Akbar’s religious beliefs into question, were levelled by Chohan.

Chohan was subsequently arrested by police on July 27 but was released later in the day on bail. The case against Chohan was registered under Section 506 (punishment for criminal intimidation), 189 (threat of injury to public servant), 298 (making statements with deliberate intent to wound religious feelings) and 153 (provoking to cause riot) of the Pakistan Penal Code.

Chohan was accused of running a malicious campaign against Akbar on social media. While in FIA’s custody, which was granted a 14-day judicial remand of Chohan, the PTI MPA was taken to Punjab Institute of Cardiology (PIC) after his health deteriorated.

From the hospital, Chohan released a video message admitting his mistake and apologising to Akbar. Akbar forgave Chohan, stamping a written reconciliation as well. There will be no objection to the bail of Nazir Chohan, read the document.