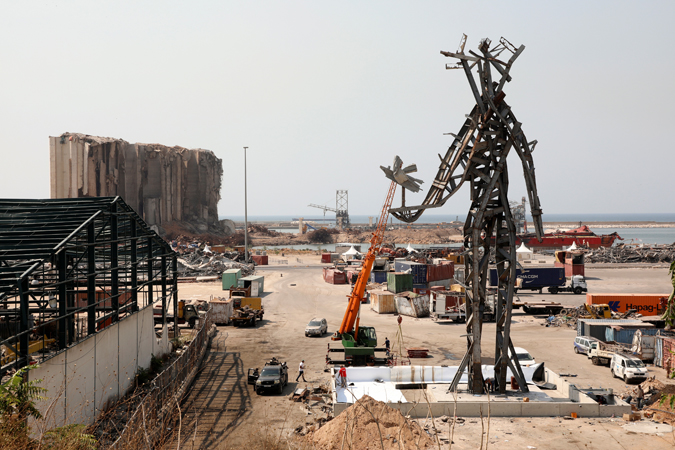 A sculpture of a giant angular figure made from the wreckage of last summer’s Beirut port blast was unveiled at the site on Monday, drawing support from some but also stoking anger among other Lebanese who believe justice should come before memorials. The artwork dubbed “The Gesture” is the creation of Lebanese architect Nadim Karam, a Beirut resident and artist who says he wanted to pay tribute to the families of the victims of the explosion. It was funded by a number of private companies. “You have a giant made of ashes, the scars of the city and the scars of the people that did not yet heal,” Karam said, adding he hoped the families of those who lost their lives would look at the work positively. The Beirut port blast left more than 200 dead, thousands injured and large swathes of the city destroyed. One year afterwards, no top officials have been held accountable as a local investigation stalls.