Asim Bajwa calls it a day; Khalid Mansoor made SAPM on CPEC affairs 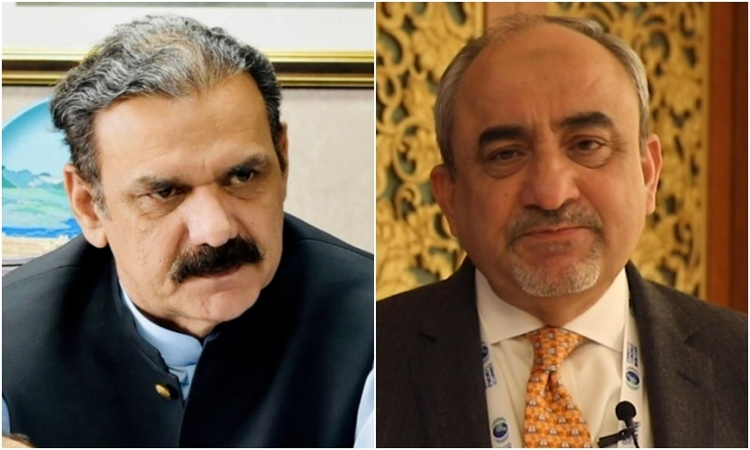 “I bow my head before Allah Almighty for giving me an opportunity to raise and steer the important institution of CPEC Authority as one window for all CPEC projects, charting the future direction,” he said in a tweet.

Bajwa said he wishes the best for Khalid Mansoor. He said Mansoor is fully equipped to take CPEC forward. “CPEC is a lifeline for Pakistan; it will transform us into a progressive and fully developed country,” he said, as he thanked the government and Prime Minister Imran Khan for their support.

Lt Gen (r) Bajwa was appointed as CPEC Authority chairman back in November 2019, and subsequently, in April 2020 PM Imran Khan appointed him as his special assistant on information and broadcasting. However, on October 12, PM Imran Khan had relieved Lt Gen (r) Bajwa of his additional portfolio of SAPM on information and broadcasting.

Federal Minister for Planning, Development, and Special Initiatives Asad Umar thanked Bajwa for his services in moving CPEC forward and playing a vital role in broadening the project’s scope. The federal minister welcomed Mansoor to the team as SAPM for CPEC Affairs. “His vast corporate experience, with extensive work with Chinese companies, and his direct involvement in leading some of the biggest CPEC projects makes him an ideal person to lead the next phase of CPEC.”

According to a private TV channel, Khalid Mansoor has more than 32 years of experience in energy and petrochemical sectors in leading roles for mega-size projects’ development, execution, management and operations. He recently re-joined the board of the Sindh Engro Coal Mining Company (SECMC) as a director, according to his profile available on Engro Energy’s website.