Hypocritical of India to do away with UNSC’s key priorities: FO 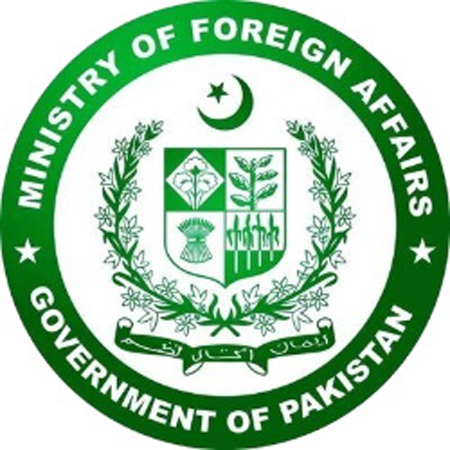 The Foreign Office on Tuesday said it was highly hypocritical of India to do away with the key priorities spelled out during the presidency of the United Nations Security Council.

The statement of Foreign Office Spokesperson Zahid Hafeez Chaudhri came in response to media queries on the Indian External Affairs Minister’s tweet regarding India’s priorities during the presidency of the UNSC.

He mentioned that the Indian External Affairs Minister had spelled out three key priorities for India during its presidency of the United Nations Security Council for the month of August: voice of moderation; advocate of dialogue; proponent of international law.

“It is highly hypocritical of a country that has systematically done away with any semblance of moderation, efforts for dialogue and abiding by international law, to project itself as the voice of these three,” he said.

The FO Spokesperson said the extremist ‘Hindutva’ ideology had permeated all the state institutions of India, and RSS-BJP regime’s record was replete with instances of gross and systematic violations of the rights of minorities, in particular Muslims.

“Before preaching moderation to the world, India must set its own house in order,” he said.

He said as for dialogue, India had consistently scuttled any efforts for a constructive and meaningful dialogue in its own neighbourhood. On assuming office, he said, Prime Minister Imran Khan clearly underlined that if India took one step for peace, Pakistan would take two.

“However, rather than engaging in dialogue, India vitiated the environment through its illegal and unilateral actions of 5 August 2019,” he said.

The Spokesperson said it was India, which had to create the enabling environment for a meaningful dialogue that promoted peace and precluded the occurrences leading to conflict in the region.

“As for international law, India remains in clear violation of the United Nations Security Council resolutions for more than seven decades,” he said.

He said the series of Indian illegal and unilateral actions since 5 August 2019 were also in blatant violation of international law, including the UN Charter, UNSC resolutions and the fourth Geneva Convention.

“India would be well-advised to abide by these principles before projecting itself as their champion,” he added.

Meanwhile, Pakistan on Tuesday strongly condemned the extra-judicial killing of an innocent Kashmiri in custody of Indian Occupation forces and of another youth in fake encounter in Bandipora district of Indian Illegally Occupied Jammu and Kashmir (IIOJK).

More than 100 innocent Kashmiris have been martyred by Indian occupation forces in IIOJK during the current year alone.

“We call upon the international community to hold India to account for its grave human rights violations in the occupied territory including, among others, custodial deaths and extra-judicial killings, which must be investigated by an international Commission of Inquiry as recommended by the Office of the High Commissioner for Human Rights (OHCHR) in its reports of 2018 and 2019,” the Foreign Office spokesperson said in a press release.

The occupation army has intensified arbitrary detention of Kashmiris and their extra-judicial killings in the name of so-called “cordon-and-search operations.

Refusal to return human remains of those martyred to their families for funeral reflected moral bankruptcy of the current BJP government in New Delhi.

“India should be well aware that use of brutal force against innocent Kashmiris will never succeed in breaking their will to fight for their inalienable right to self-determination as enshrined in the relevant United Nations Security Council resolutions,” it was added.