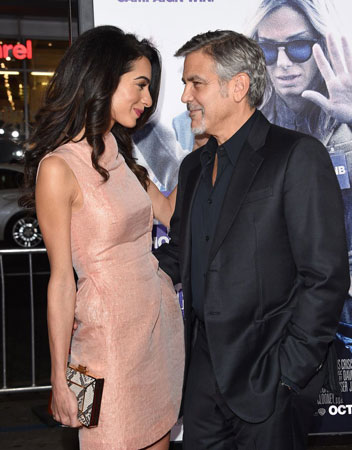 George and Amal Clooney have shut down claims of them expecting a child, as reports circulate about them having a bun in the oven.

The couple, already parents to twins Ella and Alexander, refuted claims of their second pregnancy with twins through their spokesperson.

“Stories saying that Amal Clooney is pregnant are not true,” said their rep.

This came after sources earlier told OK! Magazine: “The buzz is they’re having twins again. Amal’s said to be past her first trimester, and she’s already starting to show, so soon enough, everyone will know.”

“George was giddy with excitement and couldn’t wait to tell everyone,” the insider shared, adding that the news “was met with well-wishes all around. George was so proud, and Amal was glowing.