Shamita opens up on her depression 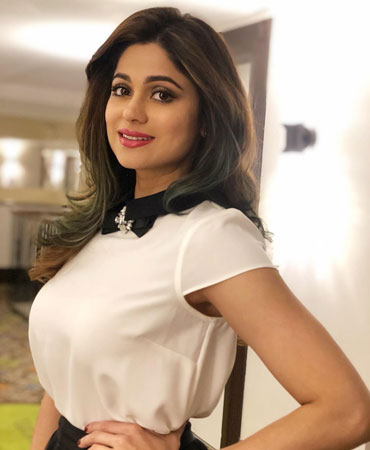 Bollywood actress Shilpa Shetty’s sister Shamita Shetty had opened up on facing depression a year ago. After the tragic death of Sushant Singh Rajput, she had taken to Instagram to share a long note she wrote about the mental illness.

She expressed that anybody can get depressed and one must reach out for help when we’re in such a state. She describes it as a dark place where hope and happiness don’t exist.

She wrote, “Depression..anyone of us can go through it…recognise it..accept it..n reach out for help in whichever way you can!! It can pull you into a very dark place, where hope n happiness don’t exist.. it tries to break u.. it feeds on every part of ur soul.. everything hurts, you become your own worst enemy in this dark terrible world..it becomes ur reality!! The world we live in doesn’t know ur journey.. yet it’s so prompt to judge! To hate! Waiting to pull u down!! U fall in the eyes of ur own goals n expectations n u start to judge urself ,then..u MAKE ur reality a dark one! But none of that matters as this is your journey n urs alone !!!”

Shamita reveals that she had been through depression earlier but it took her a while to recognise it.

“I know the pain because I’ve been through it.. it took me a while to recognise and accept it..to muster up courage, look it right in the eyes n say I’m stronger than you .. n I will beat you! I don’t know why I felt like writing this today .. I feel like this world is changing, so much is happening around us that is changing us , but let this phase make us stronger not weaker,” she further wrote.

She wrote, ‘Depression..anyone of us can go through it…recognise it..accept it..n reach out for help in whichever way you can!! It can pull you into a very dark place, where hope n happiness don’t exist’

Urging people to seek help for the debilitating mental illness, she said, “U have to seek help with depression..don’t try n fight this alone.. reach out! Know that there are ppl out there who have been through everything ur going through.. Reach out to ur loved ones, seek psychiatric help.. n fight it! N when u do, let me tell u this from experience.. it makes u a bloody strong person! U learn to value n love urself and ur relationships more.. u really understand what truely matters n what is not worth even contemplating, let alone affect ur soul!”.

Currently, Shilpa Shetty has been making headlines owing to the shocking arrest of her husband Raj Kundra on July 19.

Recently, she released her first statement after businessman husband Raj Kundra’s arrest on July 19 in a pornography creation and distribution case. The actress calls herself a ‘proud law-abiding Indian citizen’ and has said she has till now made no comment on the case, which are falsely attributed to her.