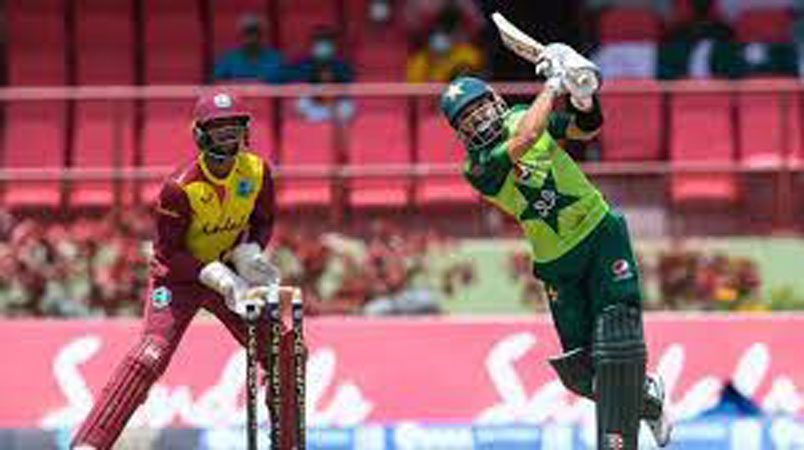 LAHORE: The series was of significant importance for both teams in their preparations ahead of the T20 World Cup but so far rain has ruled the headlines, ditching all the promises for the series. With two of three games washed out and one game slashed before the series began, Pakistan come into the final match against West Indies 1-0 ahead on Tuesday (today). Pakistan’s run-scoring has revolved around Mohammad Rizwan and Babar Azam. They have rejigged their line-up to break the two up, playing Sharjeel Khan as an opener, but the washouts mean they haven’t gathered enough evidence to vindicate the tweak. The middle-order conundrum is deeper than ever with Mohammad Hafeez’s silent bat, misfiring Sohaib Maqsood and inexperienced Azam Khan out with an injury.

For a while now, Hafeez has been in the side mainly because of his batting with his bowling being used on an as-and-when-needed basis. However, his four-over spell – at an economy of 1.50 – in the only completed game, earned him the Player-of-the-Match award and has been a big positive for Pakistan. More of that in the final T20I will give Pakistan wider options for the World Cup to be played in the UAE, where pitches are more conducive to spin. West Indies, under Kieron Pollard, were hoping to know most of their first-choice picks by the end of this series but have not learnt much either. Despite restricting Pakistan to 157 in the second T20I, their dangerous batting order failed to display the firepower they are synonymous with. Only Nicholas Pooran made any impression, scoring an unbeaten 62 runs off 33 balls.

On Tuesday, Pakistan will be eyeing an away series win, and while winning remains paramount, what they would seek is batters apart from Rizwan and Azam to raise their hands. Before the series, Azam had promised to check the bench strength. In that sense, this game gives both sides yet another opportunity to finetune their respective team combinations.

Chris Gayle scored a match-winning 67 against Australia but against Pakistan, has scored 7, 16 and 1*. In the last 12 months, he is averaging 16.53 with a strike rate of 114.97 with just one half-century in 15 T20Is. His T20 numbers aren’t great either; this year he has played 25 innings and averaged 22.72 at a strike rate of 130.20. The last calendar year where he averaged less than 25 in T20s was in 2010. West Indies will have to see whether he’s strengthening the batting unit or weakening it. Pakistan’s middle and lower order will be under scrutiny. In the last completed game, they were well set to go past 180 but finished with a middling 157, including just 23 runs in the last four overs despite a fairly long batting line-up. Maqsood’s success has largely been built batting in the top order, but being sent in at No. 7 is reducing his effectiveness. Fakhar Zaman and Hafeez’s numbers keep fluctuating, and the pinch-hitting stocks of Shadab Khan and Hasan Ali dip when transitioning from T20s to T20Is. Can they come together to the best of their potential this time around?

With their two-first choice openers nursing injuries – Lendl Simmons was injured in the first match and Evin Lewis retired hurt in the second – Gayle could open alongside Andre Fletcher. Afridi for the washed-out third match. Azam Khan, however, could make it to the XI if he is cleared by the medical team.