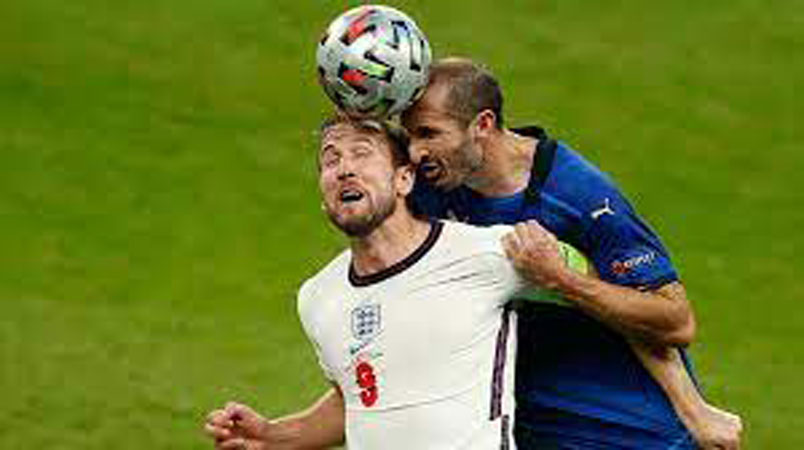 LONDON: Defenders are more likely to have dementia in later life compared with other playing positions in football, says new research.

In 2019, a study by Professor Willie Stewart found that former footballers were about three and a half times more likely to die of neurodegenerative brain disease than the general population.

But his new research says the risk is highest among defenders, who are five times more likely to have dementia than non-footballers.

Outfield players were four times more likely to have brain disease such as dementia.

The research by the University of Glasgow, which was funded by the Football Association and players’ union the Professional Footballers’ Association, also found that risk increased the longer a player’s football career was.

And despite changes in football technology and head-injury management in recent years, there was no evidence that neurodegenerative disease risk changed for footballers in this study, whose careers spanned from about 1930 to the late 1990s.

‘Footballs should be sold with a health warning about heading’

Study author and consultant neuropathologist Dr Stewart said that it was time for football to eliminate the risk of heading, which he said could also cause short-term impairment of brain function.

“I think footballs should be sold with a health warning saying repeated heading in football may lead to increased risks of dementia,” he said.

“Unlike other dementias and degenerative diseases, where we have no idea what causes them, we know the risk factor [with football] and it’s entirely preventable.

“I’ve yet to see any evidence that heading a ball is good for you. Football is great for you, there is less cancer and cardiovascular problems for players, but there are dreadful levels of dementia and I can’t see the benefit of that.”

The research comes a week after English football published recommended limits on heading for professional and amateur players in training. It follows previous restrictions across England, Scotland, Wales and Northern Ireland for heading in youth teams.

From next season professional players will be limited to 10 ‘higher-force’ headers in training from long passes, corners or free-kicks, whereas in the amateur game players should be limited to 10 headers per week.

But Stewart was critical of those guidelines saying they were based on “unscientific guesswork” and cited the Scottish Football Association, who waited for the latest FIELD (Football’s Influence on Lifelong Health and Dementia Risk) study before publishing its heading advice.

He added: “There is no basis to say 10 headers of a certain level will necessarily make a great difference to the risk. The FA based their recommendations on analysis of matches, estimated what the forces might be and then used that for training guidance.

“That’s like being stood on the edge of the motorway and guessing cars’ speeds and talking about road traffic measures in a city. It’s not entirely relevant.

“To assess whether 10 high-force head impacts might make a difference, we have to wait 30 to 40 years.”

The FA said it “welcomed” the new research and said new heading guidelines were supported by research and expertise in the game.