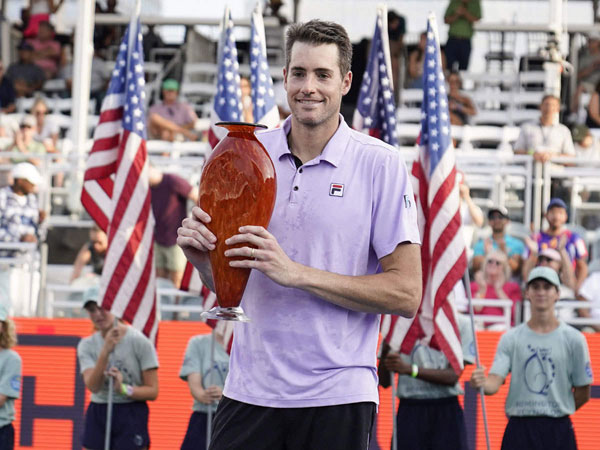 WASHINGTON: John Isner won his sixth ATP Atlanta Open title on Sunday, firing 21 aces to defeat teen Brandon Nakashima 7-6 (10/8), 7-5 in an all-American final. Sixth-seeded Isner captured his 16th career ATP title and joined 20-time Grand Slam winners Roger Federer, Rafael Nadal and Novak Djokovic as the only active players to win an event six times. “I can’t believe I’ve won this tournament six times. We’ll see if I can do it seven times next year,” Isner said. “Today I was just a little bit luckier. That’s what it came down to.” It was 36-year-old Isner’s first ATP final since winning two years ago on Newport grass. “It was great to be back out here playing on a Sunday again. It was awesome,” Isner said. “It’ll give me a lot of confidence for sure.” Nakashima, the youngest-ever Atlanta finalist at 19, reached his second career ATP final and second in as many weeks after falling to Britain’s Cameron Norrie last week at Los Cabos. He’s due to leap from 115th in the rankings into the top 100 for the first time on onday.