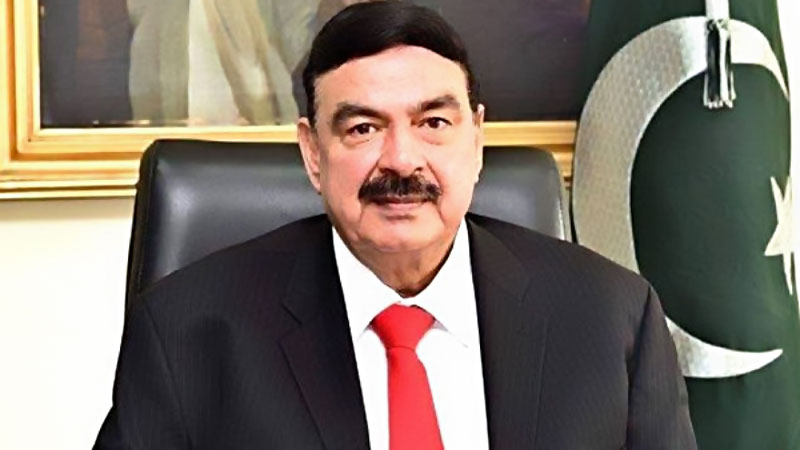 Minister for Interior, Sheikh Rashid Ahmad on Monday said that all effective measures would be adopted to maintain law and order, security and harmony during Muharram-ul-Haram in the country.

In a media briefing, he said that a high level meeting was being held to make decisions on ensuring peace during Muharram throughout the country. This online meeting will be attended by Inspector Generals (IGs) to chalk out a comprehensive security plan for the holy month.

He said that the Ministry of Interior would share actual facts on Afghan’s ambassador’s daughter case with Afghan investigation team through Foreign Office as the committee had completed its investigation on the matter.

He said that the Afghan investigation team was in Pakistan to complete their investigation. “We are in touch with our Foreign Office and the Afghan team can meet those persons interrogated by the Islamabad police.”

He said that NADRA would issue COVID-19 vaccine certificate through its online system to facilitate Pakistanis at airports of 64 countries. He said that special instructions had been issued to Chairman Capital Development Authority (CDA) and Deputy Commissioner Islamabad Capital Territory (ICT) to make foolproof security system at Diplomatic Enclave.

He added 190 new security cameras would be installed at Diplomatic Enclave to ensure security of the area.

The minister the government would introduce identification card system for only those who had legal property or for diplomats only in the enclave.

He said that Chairman CDA had also been directed to start 1122 service to ensure immediate help during flood like situation in the federal capital as no such quick service was available here.

Rashid said that new vehicles would be provided for the purpose. He said that the DC Islamabad had been directed to remove all illegal construction in the federal capital occupying the nullas causing overflow with loss of lives and property. The minister said that special directions had been issued to ensure rotation of officials in FIA, NADRA and Cyber Crime wing as people had occupied the posts for the last many years.

He added 64 employees of Passport office working in different countries had also been asked to return back to Pakistan by August 20 while other employees would be posted on these posts on merit.

He said that the China was our sincere friend and every possible security would be provided to those Chinese working in Pakistan.

The minister said that there was no any illegal movement from Pak-Afghan border as only 208 persons with having legal documents reached Pakistan from Balochistan.

He added Pakistan Army and civil armed forces were efficiently performing their duties at Pak-Afghan border. The minister said that the government had dismissed all those NADRA officials who were involved in fake CNIC issue in Karachi and other cities.

He said that the Prime Minister had no any threat from Pakistan Muslim League (PML-N) or Pakistan Peoples Party (PPP). He added PML-N was facing internal confrontations.

Rasheed said that provinces had been directed to arrange activities on August 15 to show solidarity with Kashimiris of Indian Illegally Occupied Jammu and Kashmir (IIOJK).

He said that special measures had been adopted in Rawalpindi to avoid from spread of Coronavirus and further equipment including ventilators would be provided to the hospitals. He said that he was very excited to visit Siachen but his scheduled visit had to postpone due to adverse weather conditions.