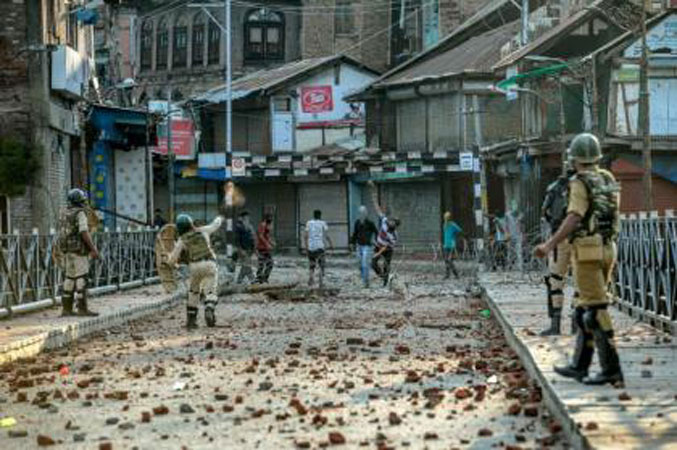 Islamabad has remained as the strongest voice in the world for the Kashmiris’ right to self-determination and the issue has come under discussion at the United Nations’ forum, many times, due Pakistan’s hectic diplomatic efforts, said an analytic report of the Kashmir Media Service.

It said Pakistan had been strongly and unequivocally supporting the Kashmiris’ just cause for freedom as pledged through a number of UN Security Council resolutions on Kashmir.

“Pakistan Prime Minister Imran Khan has declared to become the Kashmiris’ ambassador to raise their voice at every global forum, while the country has been raising the dispute at every world forum for over 7 decades, it noted.

The report pointed out that Islamabad had been urging the international community to play its role in resolving the Kashmir dispute to end a vicious cycle of mass killings in the territory.

“Pakistan’s support to the freedom movement is a morale booster for the struggling Kashmiris,” it said and added that Pakistan’s leadership had time and again reiterated its resolve to stand shoulder to shoulder with Kashmiris.

The report maintained that Pakistan’s unflinching support served as a soothing balm on the wounds of Kashmiris who considered ‘Kashmir and Pakistan are two sides of the same coin’.

It urged Muslim Ummah to wake up from deep slumber and raise its voice for the Kashmiri people as every single voice raised in support of the Kashmiris would surely make a difference.

The report said supporting Kashmiris was supporting humanity and added that it was time to stand up for Kashmiris before it was too late.

“It is also time for UN to honor its commitments regarding Kashmir to hold India accountable for its crimes in IIOJK.”

The posters have, once again, appeared urging people to observe August 5 as Black Day to convey their strong resentment over the continued unlawful and forcible occupation of their motherland by India and its tyrannical forces in Indian illegally occupied Jammu and Kashmir.

They said that the people of IIOJK had rejected the illegal, unconstitutional and unilateral moves of the Modi-led fascist regime in Kashmir, Kashmir Media Service reported.

Kashmiris on both sides of the Line of Control and the world over are all set to observe ‘Black Day’ on Thursday to reject India’s colonial designs.

On August 5, 2019, the Modi-led BJP fascist Indian government had abrogated the Jammu and Kashmir’s special status by repealing Articles 370 and 35-A imposed a military siege in the territory.

The posters urged the people of Kashmir to observe complete shutdown on August 5, Thursday, and also observe the day as Black Day.