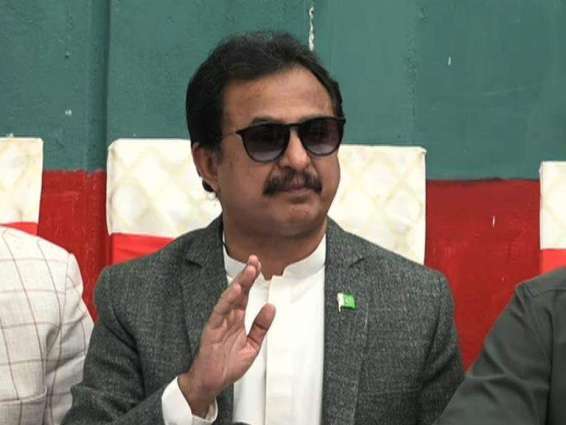 PTI Central Vice President and Leader of Opposition in Sindh Assembly, Haleem Adil Sheikh has said that the high-ups of Sindh government were bound to obey the directions of the NCOC with regard to the vaccination and the lockdown to avoid the further spread of the deadly virus.

In a statement issued here on Monday, he said that there was the need to focus on the vaccination of the people and ensure the SOPs were followed by the people instead of making the hard decisions. There was no need to do politic on such issues pertaining to the lives of the people adding he said and lauded the efforts of Prime Minister Imran and Asad Umar for their brilliant efforts to cope with the situations.

Haleem Adil Sheikh said that Sindh Chief Minister Syed Murad Ali Shah, who imposed the lockdown without seeking the permission from the officials of NCOC just wanted to stop the smooth sailing of the economic activities in a city like Karachi and this step is nothing but an open threat to the flourishing economy of the country instead of ensuring the vaccination of the people against the deadly virus.

He urged on the setting up more vaccination centers in Karachi and other parts of the province so that people could get themselves vaccinated in a proper manner without get themselves infected by the virus. He said that Syed Murad Ali Shah took the decision of lockdown like the one which was taken by Indian Prime Minister in occupied Kashmir without knowing the consequences of such decisions on the common people and other economy of the country like Pakistan.

The federal government on the directions of Prime Minister Imran Khan had provided testing kits, ventilators and then the vaccines but the high-ups of the Sindh government could not ensure the proper vaccination to the people, he said and held PPP rulers in Sindh responsible for the mess and their utter failure to even set up a single vaccination centre where people could be vaccinated in a proper manner in a conducive atmosphere.

The PTI leader observed that the lockdown of one week in a city like Karachi would leave dangerous impacts on the economic activities in the whole country for many months and said insane rulers who imposed such decisions, had become a security risk for the country. He said that the city, which was contributing to 67 percent revenues of the country, should not be allowed to be affected by such naive decisions.

He said that Supreme Court had ruled that the provinces could not take unilateral decisions in this regard, but the Sindh government’s announcement about imposition of a lockdown in the province was against such orders. He said that under Article 151 of the Constitution, Pakistan is a single market with the port of Karachi acting as the jugular vein of its economy. Any attempt that could affect the country’s economic lifeline should not be allowed, he said adding that the Sindh government took the unilateral decisions. He said that the PTI leadership strongly condemned such a decision, which was aimed at stifling economic activities.