PTI leader being targeted for exposing corruption in Sindh 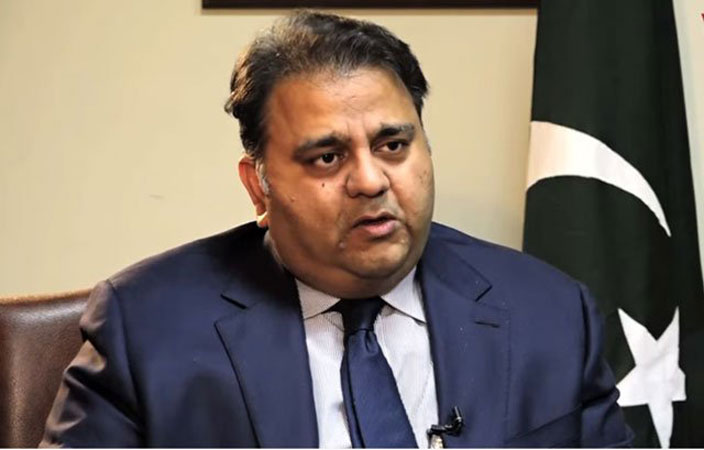 Strongly condemning the attack on Opposition Leader in Sindh Assembly Haleem Adil Sheikh, Minister for Information and Broadcasting Chaudhry Fawad Hussain on Sunday said that as he has been exposing Sindh government’s corruption, he is being targeted and victimised.

In a statement, Fawad Chaudhry said earlier he was arrested in false cases and now was attacked which was a cowardly act. He said that those who claim to believe in freedom of expression in Sindh want to silence voice of the opposition leader. The entire Sindh government and its machinery is trying to harm PTI leader Haleem Adil Sheikh, he said. “All such cowardly acts are being carried out at the behest of the provincial government with the aim of covering up the corruption of the PPP leadership” he added.

The minister said infrastructure of Sindh has been ruined while educational institutions in the province have become cattle ranches. He said that Haleem Adil Sheikh will continue to be the voice of the people of Sindh.

Minister of State for Information and Broadcasting Farrukh Habib on Sunday also condemned attack on convoy of Opposition Leader in Sindh Assembly Haleem Adil Sheikh in Nawabshah. In a statement, he called upon the Sindh police and administration to take note of the incident and ensure immediate arrest of the responsible persons.

Farrukh said if any relaxation was given to the responsible persons, then it would prove that the attackers were trained by the Sindh government. He accused the Sindh government of targeting Haleem Adil constantly and said they were afraid of him as he (Haleem) used to expose their corruption in the province.

Separately, Minister for Information and Broadcasting Chaudhry Fawad Hussain said that it was unfortunate that South African cricketer Herschelle Gibbs has been pressurised to withdraw from the Kashmir Premier League( KPL). In a media talk, he said, Indian Prime Minister Narendra Modi has used cricket for politics in the past as well which was strongly condemnable. He said that pressurising Herschelle Gibbs not to participate in Kashmir will not harm Kashmir movement, rather it will benefit it.

The minister said by stopping international players for their irrational political objectives, Indian rulers will harm themselves. He said that as there were millions of cricket fans in both India and Pakistan, cricket should be kept separate from politics. He said that Kashmir Premier League was important for Pakistani cricket and people wanted to see its matches.