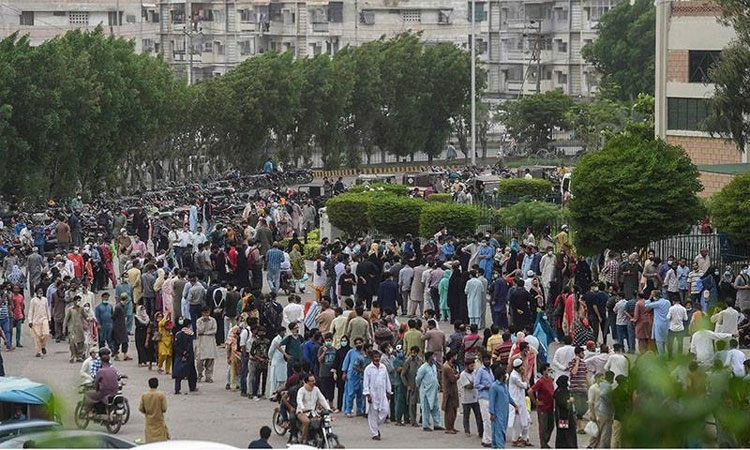 The Sindh government on Saturday announcedto loosen certain restrictions imposed as part of the Covid-19 lockdown, which started on Saturday across the province.

The Sindh government had on Friday decided to impose a lockdown in the province from July 31 till August 8 amid rising Covid-19 cases.

According to the amended order issued on Saturday, the restriction of closing time for selected essential services from 6pm to 6amshall no longer be applicable to dairy, milk shops, bakery shops and carriage vehicles for dairy products and milk.Similarly, home delivery from restaurants as well as under e-commerce, shall be exempted from restrictions in timings, provided that the entire staff and those commuting through carriage vehicles/delivery vehicles shall be fully vaccinated and carrying vaccination cards for inspection by the law enforcement personnel.

Restriction on pillion riding has been waived off.Industrial establishments/premises other than export oriented industry and related with the manufacture/production of essential services may also be made functional.This is subject to the fact that the owner, CEO, officer in charge, produce evidence to the concerned deputy commissioner that the entire staff and management have been fully vaccinated (with the exception of people with a legitimate medical excuse).The owners will be required to obtain permission from the deputy commissioner for the operation of the concerned industrial unit.

Fertiliser, pesticide shops and warehouses or godowns are also exempt from restrictions provided that the entire staff is fully vaccinated and such a certificate is displayed at a clearly visible spot by the owner or manager.

Small vehicle used to transport the public, such as taxis, rickshaws, Qingqi are allowed to operate within city limits.These vehicles will only be allowed to carry passengers more than their prescribed capacity.

Large public transport vehicles such as buses, mini buses and wagons may also operate within city limits, but for transportation exclusively to and from vaccination centres. The owner or manager shall obtain a temporary revised route permit to that effect from the concerned authorities of Transport and Mass Transit Department, Government of Sindh who shall issue such route permit in consultation with the concerned authorities of health department, government of Sindh.Moreover, these public transport vehicles shall not carry passengers more than 50% of their prescribed capacity.The entire staff of such vehicles is also required to be fully vaccinated and carry vaccination cards with them.

The restriction of not carrying more than two persons in private vehicles is waived off.However, the number of passengers in the said vehicles is restricted to the prescribed capacity of the vehicle concerned.

As war of words between the Sindh government and the Centre over lockdown restrictions continued on Saturday, Adviser to Sindh Chief Minister Murtaza Wahab requested that the matter not be politicised.”NCOC has not said anywhere that the lockdown should not be imposed. It has always been our aim to work in conjunction with the federal government. Unfortunately, when these people appear on TV, their statements are different.I request that this issue not be brought in the political arena. We have to save our people from this deadly epidemic,” he told a press conference.”I say to those issuing statements left and right: convince people to get vaccinated instead. Please stop creating chaos,” he added.

Wahab said that when the Buzdar government imposed a lockdown in Punjab, no objections were seen. “We too, did not raise any objections, because we know of the seriousness of the situation,” he said, speaking of the Sindh government.”Buzdar sahab knows Lahore’s situation better,” he added.

Speaking of Islamabad, he said that urban flooding is an unfortunate reality, occuring throughout in the world.”Neither I, nor the chief minister commented on the flooding in Islamabad.”

Wahab said that the order issued by the home department was issued after consultation with the NCOC, and despite this Minister for Information Fawad Chaudhry had “issued a controversial statement”. 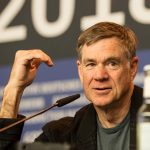 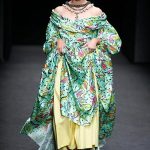