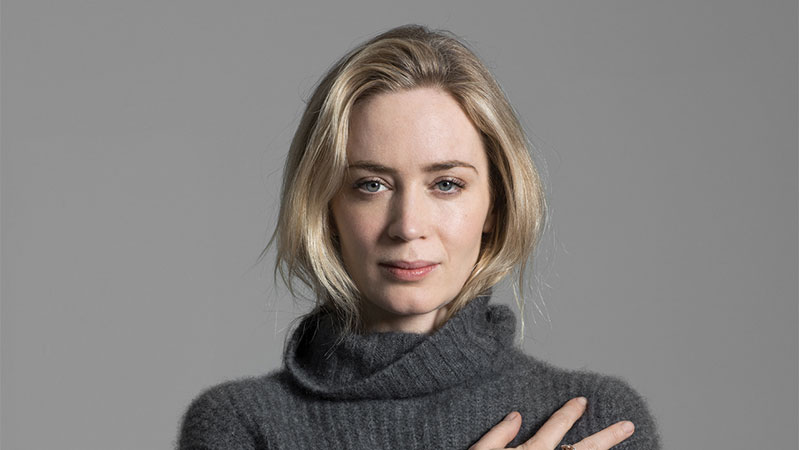 With her latest movie, Jungle Cruise, out this month, we round up the finest work by the star of The Devil Wears Prada and A Quiet Place Part II

Emily Blunt can make bad films tolerable. Even her talents were stretched, though, by this horror reboot. She lounges demurely on a riverbank in a funeral dress while Benicio del Toro grunts and growls and Anthony Hopkins goes full ham. The original director, Mark Romanek, jumped ship to be replaced by Joe Johnston. The result is a wolf’s dinner.

It’s turkey thyme! This bizarre, blarney-spattered romcom, with Blunt as the farmer who has been swooning over her quirky neighbour (Jamie Dornan) since childhood, has to be seen and heard to be disbelieved. The florid dialogue is literally unspeakable, while the Irish accents, especially those of Blunt and Christopher Walken, have been designated instruments of torture by human rights organisations.

A newspaper agony uncle (Steve Carell) is set up by his family on a date with Ruthie “Pigface” Draper, a former schoolmate. “I don’t want to go with the Pigface!” he objects. The porcine gags keep coming. But when Ruthie finally appears, she is … gorgeous! Blunt is reliably good, although the misogynistic scenario is a low point of her 00s Hollywood apprenticeship.

Travelling home from university for Christmas, Blunt shares a ride with a fellow student in this wintry, car-bound horror that pre-empts I’m Thinking of Ending Things. The supernatural imagery is disturbing, but you can already feel Blunt champing at the bit for more ambitious material. “Expect her to carry much bigger movies before long,” predicted the New York Times.

As the sister of the evil Ravenna (Charlize Theron), Blunt reverts to the ice queen mode of some of her earlier work, with similar undercurrents of vulnerability. Her subtlety and stillness distinguish her from the film’s frothing CGI soup. Vulture’s critic David Edelstein called her work “the nearest thing I’ve seen in an American movie to a kabuki performance”.

It is unlikely that Paula Hawkins had Blunt in mind when she wrote her bestseller about a dishevelled, overweight alcoholic spying on a perfect couple from her commuter train, but the actor is appropriately doleful. Her best scene has nothing to do with the plot: soused as usual, she coos over the baby next to her, only for the child’s mother to recoil in alarm.

Several years into her Hollywood career, Blunt was mainly playing plucky, oddball supporting roles. This comedy-drama in the Little Miss Sunshine mould finds her underplaying winningly as a sardonic, dope-smoking dropout. When she is not terrifying her nephew with inappropriately intense bedtime stories, she is helping her sister (Amy Adams) in her new business – tidying up crime scenes.

As an FBI agent battling not only criminals but also patronising male colleagues, the stage seemed set for Blunt (paired with Daniel Kaluuya) to follow in the footsteps of Jodie Foster in The Silence of the Lambs or Jessica Chastain in Zero Dark Thirty. What a letdown, then, to see her sidelined, with the bulk of the climactic drama handed to Benicio del Toro.

Work gets in the way of wedded bliss in this likable comedy starring Blunt and Jason Segel as a procrastinating couple. Like everything from the Judd Apatow stable, it outstays its welcome. Then again, it is probably the only romcom in which a woman (Blunt) is shot in the thigh by a preschooler with a crossbow.

Amid the Terminator-inspired brain-fry of Rian Johnson’s time-loop thriller about a contract killer (Joseph Gordon-Levitt) hunting his future self (Bruce Willis), Blunt is a tonic. Her scenes late in the day provide notes of Witness-like calm and contemplation, albeit fleetingly. She plays a single mother living on a farm with her young son (Pierce Gagnon), who has potent telekinetic abilities.

There are any number of reasons why Stephen Sondheim’s fairytale mashup fizzled out on the way to the screen. Was it the dated concept or the dead hand of the director, Rob Marshall? What is beyond dispute is that Blunt is the standout performer – and not only because anyone would look impressive next to James Corden. As the baker’s wife, she puts nifty spins on every line, look and gesture, as well as belting out show tunes without bludgeoning the nuances – or our ears.

Mike Nichols’ political comedy is stolen by Philip Seymour Hoffman as a blowhard CIA agent, but don’t discount Blunt. As the date of congressman Charlie Wilson (Tom Hanks), she gives a textbook lesson in making every frame matter. Striding slowly but purposefully down the stairs in Charlie’s apartment in nothing but a shirt and underwear, she proffers a joint and croons along to Angel of the Morning, before marvelling at the (green-screened) Washington skyline and then dozing off while he talks shop.

After Looper, Blunt played a more integral part in the action in another time-bending science-fiction adventure, which is essentially Groundhog Day meets Aliens. Military novice Tom Cruise becomes stuck in a time loop as he battles marauding extraterrestrial forces (the poster copy put it best: “Live. Die. Repeat”), with Blunt playing the tough cookie who holds the key to his predicament. Although she is called upon to kill Cruise repeatedly to keep restarting the loop, her usual devilish wit is sorely missed.

A family affair: Blunt’s husband, John Krasinski, co-wrote and directed this brace of horror hits set in a world overrun by bloodthirsty aliens that hunt by sound alone. The couple’s chemistry is a plus, with the family dynamic lending the high-concept nastiness a human foundation. The first picture is pleasingly lean and minimalist, while the sequel – baggier in structure – finds rather less to keep Blunt busy. She is stuck babysitting for most of the final third.

Given that Blunt is a British actor with a natural propensity for RP, it is surprising that she has made so few forays into costume drama. Even this one was unorthodox, directed as it was by a Canadian (Jean-Marc Vallée) who blasted out music by Sigur Rós and the Rolling Stones on set to get his cast in the mood. Blunt is superb as the future queen, sounding notes of defiance and discontentment without lapsing into anachronism.

For proof of how Blunt can go from zero to hypnotic in under two seconds, watch her first meeting with Matt Damon in this conspiracy thriller. Emerging sheepishly from the men’s toilet stall at the Waldorf Astoria hotel with a bottle of champagne under her arm, she confesses to having crashed a wedding upstairs, yet still maintains the upper hand – and has Damon eating out of it instantly. Blame her eyes, laser-focused beneath their sleepy lids, and that giddy catch in her voice.

A cynical film with one saving grace: Blunt. She knocks her co-stars – including bad boss Meryl Streep – into a cocked Philip Treacy hat. She plays the cut-glass PA bossing around the new girl (Anne Hathaway) at a fashion glossy. The genius of this bit-part lies in its shading. “I could’ve played her bitchier, but I thought there was something desperate about her,” said Blunt. “And bitchy gets boring.” Look out for the character’s unofficial encore in the 2010 Muppets reboot.

“It’s wonderful to see you,” Michael (Ben Whishaw) tells his former nanny. “Yes, it is, isn’t it?” Mary replies. Only a fool could disagree. Every now and then, anarchy breaks through Blunt’s strait-laced silliness: look at her expression as she slides backwards into a bubble bath with a cry of “Here we go!” Her Mary Poppins is versatile, too: in a bowler hat and Louise Brooks bob during a song-and-dance duet with Lin-Manuel Miranda, she drops her aitches along with her hauteur.

In the late Lynn Shelton’s delicious mix of farce, romcom and country-house drama, Blunt invites her pal (Mark Duplass) to the family cabin off the coast of Washington state, only for her sister (Rosemarie DeWitt) to get there first. “Complications ensue” would be a fair summary of what happens next, but the performers keep it larky and loose. Opposites attract: Blunt and DeWitt are all glinting sharp edges and crisp line readings, Duplass a sweet, drawling blur.

A decade after Kate Winslet in Heavenly Creatures, her spiritual heir landed a similar career springboard in Pawe? Pawlikowski’s study of the do-or-die friendship between a poor, scraggly loner (Natalie Press) and a smirking, troubled rich girl. Clip-clopping into view on horseback, she announces tantalisingly: “Apparently, I’m a bad influence.” She peers at her new BFF as if through a microscope, but it takes only a nudge for her own tears to flow. This is Blunt’s best – and one of the great breakthrough performances of the century.