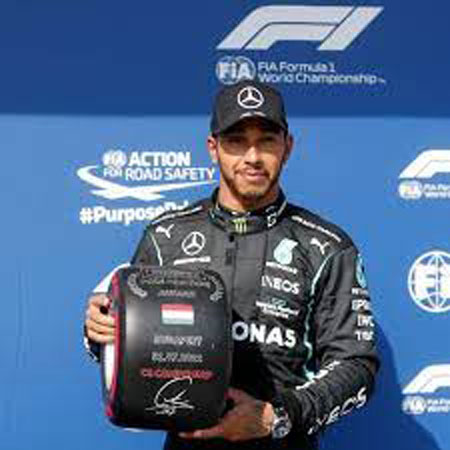 BUDAPEST: Seven-time world champion Lewis Hamilton shrugged off boos and accusations of gamesmanship to secure the 101st pole position of his career on Saturday as he defied the heat and championship rival Max Verstappen to set the quickest lap in qualifying for Sunday’s Hungarian Grand Prix.Hamilton, who is aiming for his 100th Grand Prix victory and his ninth in Hungary, will be joined on the front row by Mercedes teammate ValtteriBottas with Verstappen starting third alongside his Red Bull teammate Sergio Perez.Hamilton brushed off the boos that came from a section of Verstappen supporters during the post-qualifying interviews.He also rejected suggestions of gamesmanship when his slow out lap at the end of the session prevented Perez from getting in a second fast lap.AlphaTauri’s Pierre Gasly and Lando Norris of McLaren took the third row of the grid with the Ferrari of Charles LeClerc, the Alpines of Esteban Ocon and Fernando Alonso, and Sebastian Vettel in the Aston Martin rounding out the top 10.Hamilton, who began the weekend eight points behind Verstappen in the championship, was quickest during the final practice session on Saturday morning.However, the Briton bided his time in the afternoon and, unlike his rivals, stuck to the longer-wearing medium tyres in P2 which saw him land just the sixth-quickest time.Switching to the softs for P3 he produced a blistering lap of 1min 15.419sec, over three-tenths of a second faster than Bottas, who had also used the mediums.