Neha Bhasin confirmed as FIRST contestant in the show! 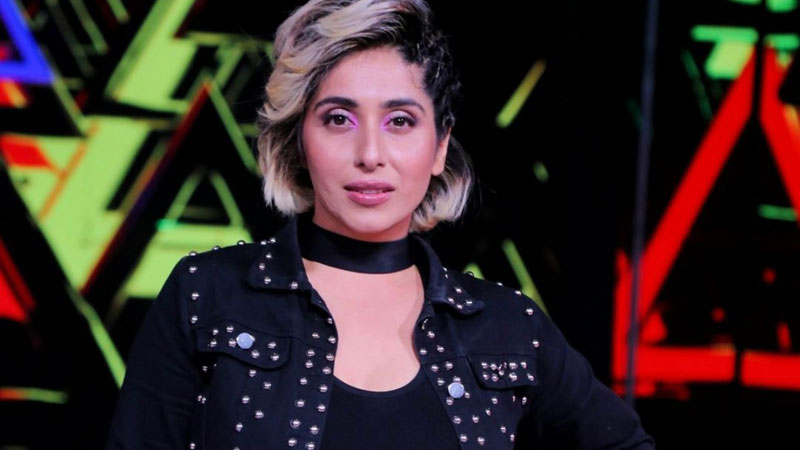 The popular controversial reality show ‘Bigg Boss OTT’ is around the corner as it will see its release on August 8. There has already been a lot of buzz around the 15th season considering the fact that Bollywood’s A-list director Karan Johar will be hosting the reality show for the first six weeks.

Now, in their latest promo, the makers have revealed the first contestant of the show – singer Neha Bhasin! The singer who won million hearts by lending her voice to the popular Bollywood song ‘Swag se Swagat’ is all set to be welcomed with a lot of OverTheTop Swag by her Bigg Boss OTT fans.

Singer Neha Bhasin is known for her playback songs in several industries including Bollywood, Tollywood, and Kollywood. She’s even released independent songs falling into the Indian pop genre. Some of her most popular tracks are Swag Se Karenge Sabka Swagat, Dhunki Lage and Jag Ghoomiyaan.

She made her acting debut in the film Life Ki Toh Lag Gayi produced by Kay Sera Sera production. The 2012 films saw her starring alongside Kay Kay Menon and Ranvir Shorey. It will be exciting to see what she brings to the show and fans are excited to get to know her!

Karan Johar will anchor the drama for the six week run of “Bigg Boss OTT”, which premieres on August 8 on Voot. After the completion of the digital exclusive, the show will move seamlessly into Colors with the launch of Season 15 of ‘Bigg Boss’.

“Bigg Boss OTT”, which will stream on Voot, will introduce a ‘janta’ factor. The new format will give the common man the uncommon powers of “Bigg Boss OTT” by enabling them to handpick contestants and the contestants’ stay, tasks and exit from the show.

Commenting on this all-new Bigg Boss OTT, Salman Khan had commented, “It’s great that this season of Bigg Boss will have a digital-first with Bigg Boss OTT, 6 weeks ahead of television. The platform will see unparallel interactivity where the audience will not only get entertained but also participate, engage, give tasks and more – It’s truly for the people and by the people. My advice to all contestants is to be active, entertaining and conduct themselves well in the BB house.”

Actress Shweta Tiwari, an ex-Bigg Boss contestant and winner of “Bigg Boss 4”, is excited about the OTT streaming of the show.