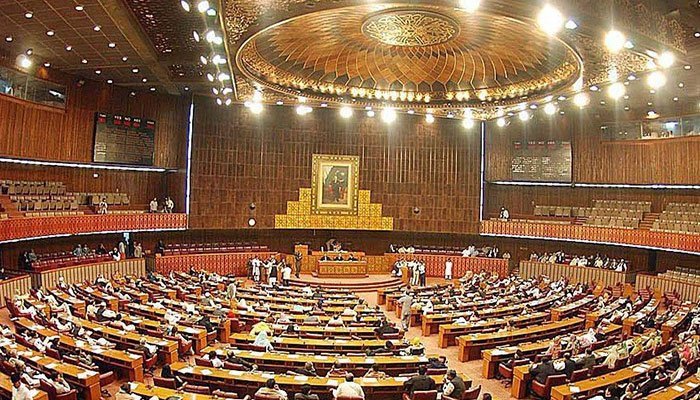 ISLAMABAD: Women lawmakers in the country demanded the killer of 27-year-old Noor Mukadam be sentenced to death and rapists and killers of women and children be hanged publicly. The National Assembly, during Friday’s proceedings, unanimously condemned the gruesome acts of violence against women and children, especially the murder of Noor.

PTI MNA Asma Qadeer broke into tears while speaking on the floor of the House about the gruesome murder of Noor Mukadam and the rising number of cases in the country of violence against women and children. Mehnaz Akbar Aziz from the PML-N and Shamim Ara from the PPP demanded capital punishment for the killer of Noor Mukadam.

Ara also demanded capital punishment for all other murderers and rapists of innocent children. “We will have to implement laws strictly so that no one can dare commit such crimes, whether it is [the] Motorway case or the killing of Noor Mukadam,” she said was quoted as saying.

MNA Aziz said: “Noor Mukadam murder like incidents will not stop unless death penalty is implemented.” She said the culprits should be tried in anti-terrorist and speedy trial courts. “We want the decision in the case not in a year, but in months,” she said.

PML-N’s Romina Khurshid, too, called for an exemplary punishment for the culprit, saying that the tragic incident should not be shown on the media again and again to avoid encouraging others. Khurshid regretted the killing of a woman in Rawalpindi, who was raped  after the murder of her 14-month infant.

MNA Uzma Riaz believed that only condemning the incident is not enough. She emphasised on ensuring that laws are implemented. MNA Sajida Begum called for proper investigation into child abuse and sexual harassment in government and private educational institutions.

The rape and murder case of a three-year-old girl in Lahore was raised by Jamshed Thomas and Sunila Ruth. Laws already exist but there is a need to change attitudes as there has been lot of moral deterioration, the MNAs said.

PTI’s Nusrat Wahid suggested Surah Al Nisa and Surah Noor be included in the syllabus of grade 9 and 10 so that women could know their rights and duties. MNA Saima Nadeem demanded speedy trial of Noor Mukadam case and exemplary punishment for the culprit.

PTI parliamentarian Ghazala Satti observed that a country could not make progress where 52% of the population, who are women, do not feel safe. Syed Nausheen Iftikhar advised that a committee of the House be made so that such heinous crimes could be taken to their logical end at the earliest.

PPP MNA Shahida Rehmani said that women should be provided security under Article 35 of the Constitution. Dr Shazia Sobia, while condemning the tragic incident, said that laws were there but there was a need to implement them without any discrimination.

Minister of State for Climate Change Zartaj Gul, too, spoke about Noor’s murder case. “This is not a blind case, every fact is before us and all the culprits have also been apprehended,” she said.

Human Rights Minister Shireen Mazari said the government was closely following the case, while the prime minister was also being apprised of the developments. She said the case was moving in the right direction.

But she asked that electronic and social media avoid sensationalism on the issue and photos that could hurt the victim’s family not be shown by the media. “Women should not be exploited in the name of wife, mother and daughter,” the human rights minister said.

The minister said it was wrong to say that a woman was victimised because she was wearing a western dress and she was not following cultural values.  PML-N MNA Khurram Dastgir said the Noor Mukadam case was a challenge and a test case for the federal government.