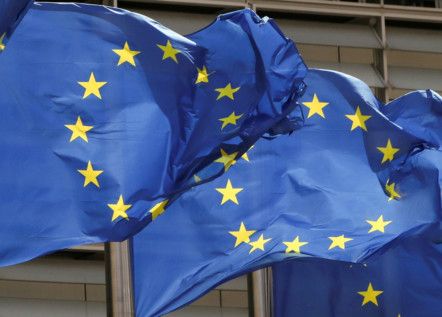 The European Union said on Friday it was ready to impose sanctions on Lebanon’s ruling elite over the political crisis wracking the country, after adopting a legal framework for such measures.

The crisis has left Lebanon without a functioning government since the last one resigned after a massive explosion killed dozens and destroyed swathes of Beirut in August 2020. The country has plunged into what the World Bank described as one of the worst economic crises since the 1850s, and political players continue to squabble. “This framework provides for the possibility of imposing sanctions against persons and entities who are responsible for undermining democracy or the rule of law in Lebanon,” the EU said in a statement. The bloc’s 27 member states must still vote unanimously for the list of people and entities to be sanctioned.

The United States welcomed the EU’s steps to use a “powerful tool to promote accountability on a global scale,” Secretary of State Antony Blinken and Treasury Secretary Janet Yellen said in a statement. “Sanctions are intended, among other things, to compel changes in behavior, and promote accountability for corrupt actors and leaders,” they added, saying they were ready to cooperate with the EU on Lebanon. On Monday, Lebanese lawmakers tasked ex-premier and billionaire Najib Mikati with forming a government, days after fellow veteran politician Saad Hariri threw in the towel.

EU sanctions would target people obstructing this process, the statement read. They “consist of a travel ban to the EU and an asset freeze for persons, and an asset freeze for entities,” it said. “In addition, EU persons and entities are forbidden from making funds available to those listed.” The EU could also sanction people “obstructing or undermining the implementation of plans approved by Lebanese authorities and supported by relevant international actors, including the EU, to improve accountability and good governance in the public sector or the implementation of critical economic reforms.”