* Parliamentarians say as a champion of universal human rights, fundamental freedoms and rule-based international order, EU must raise its voice against violations of human rights in Kashmir 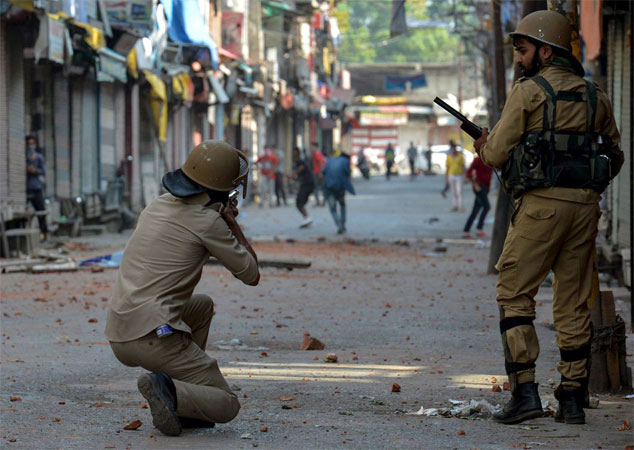 Sixteen European parliamentarians on Friday wrote a letter to the European Commission on the humanitarian situation in Indian-occupied Kashmir, urging the European Union to raise its voice on the issue and take action.

“As a champion of universal human rights, fundamental freedoms and the rule-based international order, the EU must raise its voice against the violations of human rights affecting the people of Jammu and Kashmir,” the letter addressed to European Commission President Ursula von der Leyen and Vice President Josep Borrell said. “We believe that the EU should use all its leverage and tools to cooperate with our Indian and Pakistani partners to honour the pledge made to the Kashmiris by the international community and create an environment conducive to the implementation of the United Nations resolutions.”

The lawmakers expressed the resolve to continue their engagements with Pakistani and Indian lawmakers as well as Kashmiri leaders ‘to impress upon them the urgent need to foster a climate of peace and dialogue in the region’. The letter noted that it was ‘extremely important’ for Kashmiris to be heard and granted the opportunity to decide their own future. The lawmakers called on von der Leyen and Borrell to convey the “grave concern” over the violations of human rights and fundamental freedoms in IIOJK to the Indian government and take urgent action to address the ‘alarming; human rights situation in the region. They also sought to enhance dialogue between India, Pakistan and Kashmiri representatives through making use of EU’s special relationships with both India and Pakistan. “We hope in your strong support for this cause,” the letter read.

The lawmakers noted that the region was already under a lockdown since India revoked its special status on August 5, 2019, and there were restrictions on the rights to movement, information, healthcare, education and free speech. “Journalists and human rights defenders have been increasingly targeted for raising their voice in support of the Kashmiri people and [denouncing] their situation. Arbitrary detentions continue, public assembly is still prohibited […] and hundreds, including minors and several elected legislators of Jammu and Kashmir, remain under preventive detention,” the letter underlined.

It added that a number of laws introduced by the Indian government over the years to prevent terrorism and separatism had instead often been misused against Kashmiris. It emphasised that apart from being a humanitarian crisis, the Kashmir dispute also posed a “major threat to peace, stability, and security in the region, being a flashpoint between two nuclear-armed countries and we are worried that any miscalculation can lead to unwarranted consequences”.

The parliamentarians noted that the region’s security situation was “delicate” and deteriorating due to the continuous Kashmiri protests against the revocation of IoK’s special autonomy and the Indian Citizenship Amendment Bill. They said the frequency of the protests was creating unrest and strife in the valley which in turn were adding to “volatility and tension” between the Pakistani and Indian militaries.