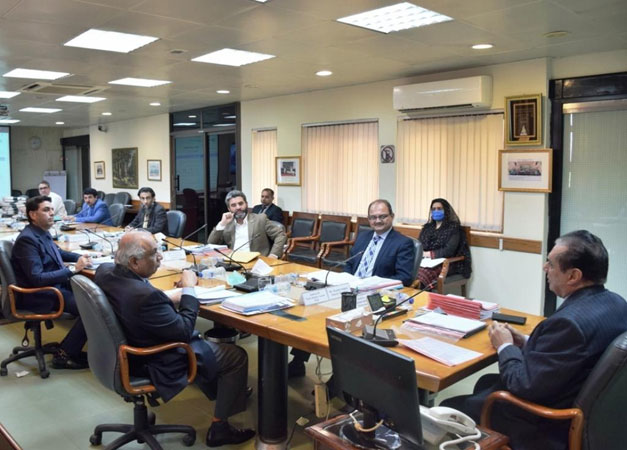 The meeting was attended by Hussain Asghar, Deputy Chairman NAB, Syed Asghar Haider, Prosecutor General Accountability, Zahir Shah, DG Operations NAB while Directors General of all regional bureaus of NAB attended the meeting through video link. The progress made so far was reviewed to bring the pending references, especially the mega corruption cases, to a logical conclusion.

The meeting was informed that out of 66 mega corruption cases have been brought to a logical conclusion. While various accountability courts have sentenced the accused to a total of Rs. 4.364 billion as per law on the basis of solid evidence in 12 mega corruption cases. While in six cases, NAB has recovered a total of Rs 7.859 billion from the accused through voluntary returns and deposited it in the national treasury.

It was informed in the meeting that according to the law, the accused in four mega corruption cases made a plea bargain through which a total of Rs 1.256 billion was recovered by the NAB from the accused and deposited in the national treasury. Under NAB’s Rule 25 (b), plea bargain is considered a punishment in which the accused not only confesses his crime but also agrees to return the stolen money. Accountability is given by the court. It was informed in the meeting that out of 179 mega corruption cases, 10 inquiries are under investigation in 11 investigations while references of 93 mega corruption cases are being heard in various esteemed accountability courts.

Justice (r) Javed Iqbal said that eradication of corruption from the country and recovery of money looted from the nation by corrupt elements is the top priority of NAB. Since its inception, NAB deposited Rs 814 billion directly and indirectly in the national treasury while under the present leadership of NAB, in the last three years, Rs. 533 billion which is a testament to the NAB’s excellent performance against corrupt institutions.

NAB’s 1,273 corruption references of Rs 1,305 billion are currently pending in various esteemed accountability courts of the country. The Chairman NAB directed all the regional bureaus of NAB to follow up in the esteemed courts in accordance with the law in the light of solid evidence, authentic documents and witness statements of NAB cases.