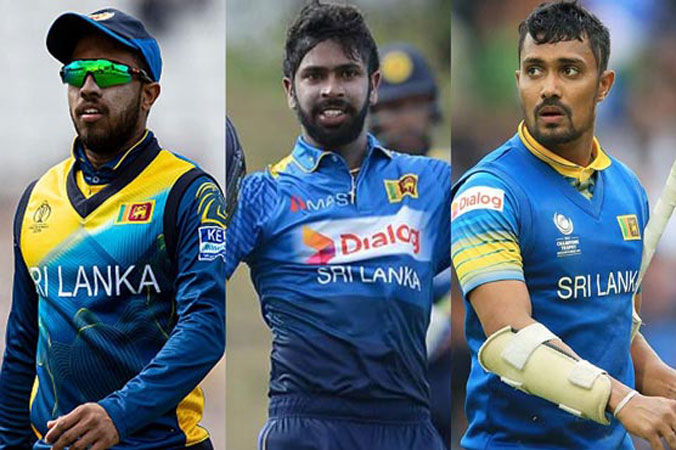 COLOMBO: Sri Lanka Friday slapped a one-year international ban on three top cricketers for breaching Covid-19 regulations while on tour in England.The lengthy bans and $50,000 fines were ordered after vice-captain KusalMendis, opener DanushkaGunathilaka and wicket-keeper NiroshanDickwella were seen out in Durham before a one-day international against England.The punishment is the toughest taken by any cricket nation for breaches of the anti-coronavirus bubbles which have now become standard practice in international sport.

It is also a major new blow to a team which has been in turmoil on and off the pitch in recent months.The board ordered a two-year ban from international cricket against all three, but one year was suspended. They will also be unable to play domestic cricket for six months and will be on probation for two years after their bans are completed.A committee of inquiry headed by a retired judge had recommended a two-year ban against Mendis, 26, and Gunathilaka, 30, and 18-months against 28-year-old wicketkeeper batsman Dickwella. The fine, however, was double the recommended amount.

Shame on the country:

The three were found guilty of breaching Covid 19 guidelines “putting into jeopardy the safety of said players, fellow team members and others involved in the said tour.”They were also punished for breaching a 10.30pm curfew at the team hotel and “bringing disrepute to Sri Lanka Cricket and the country.”They can appeal to the board and from there to the country’s minister.The three were suspended and sent home from England on June 28.Mendis and Gunathilaka have faced censure before.Mendis ran over and killed a 64-year-old cyclist in July last year. He paid one million rupees ($5,000) to the victim’s family as part of a court settlement and was given a reprimand by the board.

Gunathilaka was banned from the national team in 2018 for violating team curfews on tour. In April, he was ordered to take anger management counselling after a drunken brawl.Sri Lanka have suffered a series of humiliating defeats in recent series and players and officials have been dragged into corruption scandals in recent years.Former sports minister Harin Fernando disclosed in November 2019 that the International Cricket Council considered Sri Lanka the most corrupt cricketing nation.

Players and officials have been banned for up to eight years for match-fixing and failure to cooperate with corruption investigations.A former team performance analyst, Sanath Jayasundara, was banned for seven years by the ICC this month for trying to bribe Fernando who is now an opposition legislator.Sri Lanka’s former skipper Arjuna Ranatunga, under whose leadership the island won the 1996 World Cup, has blamed successive boards for player indiscipline, corruption and mismanagement.”What we saw during the England tour is the culmination of accumulated mismanagement, corruption and indiscipline,” Ranatunga said at the time.”The board is responsible for this sorry state of affairs.”

Ranatunga has made unsuccessful attempts to take over the management of cricket.The current team agreed to sign new contracts this month after the board threatened to drop them unless they agreed to a new performance-based pay scheme.Former skipper and national Test senior Angelo Mathews is widely rumoured to be contemplating retirement after being told his annual $130,000 fees would be cut by more than a third.