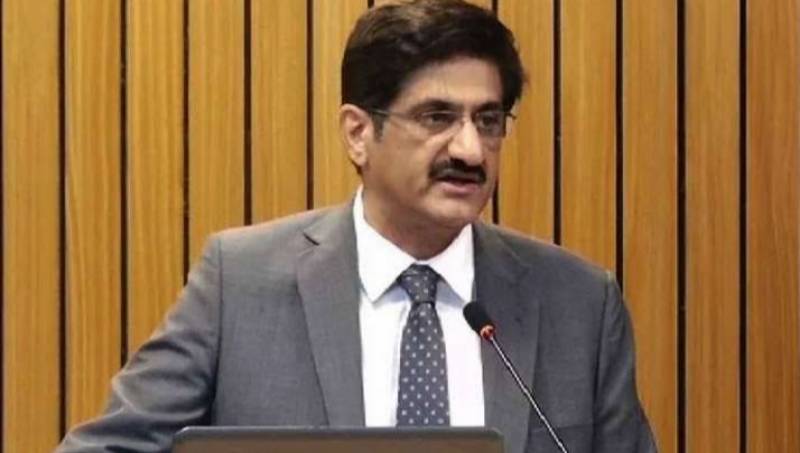 The Sindh government has decided to impose a complete lockdown from tomorrow and it will close government offices from next week till August 8 following an astounding uptick in Covid-19 cases, reported 24NewsHD TV channel.

It was decided in the meeting that all government offices will be closed from July 31 till Aug 8. And the salaries of the government workers who are not vaccinated will not be released. Citizens are strictly advised to stay home and if they come out on the roads, they must carry their vaccination cards with them. The city administration will check their vaccination cards.

It was also decided to keep the Out Patient Departments (OPDs) of all big hospitals closed. The other curbs included closure of inter-city transport and markets from tomorrow.

The meeting allowed the export industry to remain open. Besides this, pharmacies, grocery, bakery and dairy shops will also remain open.

It was also decided that ongoing examinations will continue as per the schedule despite the decision to close down the educational institutes.

Doctors, businessmen and opposition members in the Sindh Assembly have agreed to the provincial government’s steps to tackle the intensified fourth wave of the Covid-19 pandemic.

The Sindh health department has recommended a complete lockdown in Karachi for at least two weeks in view of the rising number of Covid cases.

Sindh Secretary Health Dr Kazim Hussain briefed the meeting about the Covid situation in the province. He said the positivity ratio in the province was 13.7%. He declared the coronavirus condition in Karachi extremely worrisome. He said as many as 1,410 people were admitted to hospitals, among whom 1,192 were critical and 102 were on ventilators.

The Sindh government has asked the Sindh police and district administrations to take steps for the strict implementation of Covid restrictions.

However, All City Traders Alliance President Sharjeel Goplani while reacting to the lockdown decision of the provincial government resented the decision and said that the trader community was not taken onboard in this regard.

The coronavirus situation is getting worse in Sindh province, especially in Karachi where the positivity ratio is 23%. The infectivity ratio in Hyderabad is 14.52% and in Sukkur, it is 2.9%.

The meeting was informed that 469 coronavirus patients had died in Karachi during the last 29 days, of which 323 had been on ventilators while 50 died at their homes.

As many as 377,231 coronavirus cases have so far been confirmed in Sindh.

It is believed that Delta variant which was originated in India is responsible for the fourth wave of coronavirus pandemic across the country. The country is continuously witnessing an uptick in the confirmed cases as 86 people succumbed to the virus today whereas the positivity ratio is 7.79% and number of confirmed cases is 4,537.

Meanwhile, a meeting of National Command and Operation Centre under the chair of Minister for Development and Special Initiatives Asad Umar was also held in Islamabad on Friday to deliberate on the coronavirus situation especially in Karachi. The meeting decided to take all possible measures to help the Sindh government in combating the rising trend of this disease.

The NCOC in its tweet said: “During the NCOC meeting held today, the forum critically reviewed disease spread in Karachi and decided to take all possible measures to assist Sindh Government in combating the rising trend of disease.”

it further wrote: “The measures being undertaken by the Federal government include ramp up of critical care capacity including oxygenated beds and vents, availability of oxygen and deployment of LEAs for implementation of SOPs and ( Nonpharmaceutical Interventions) NPIs.”