General elections can take place at any time in country, says Bilawal 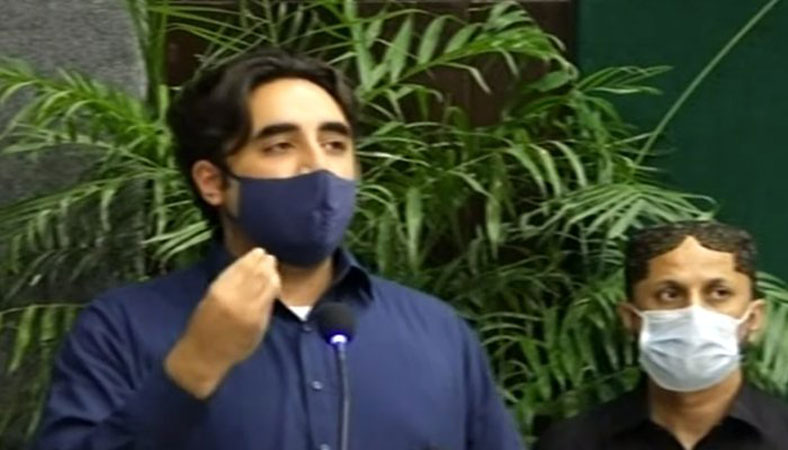 PPP Chairman Bilawal Bhutto Zardari on Thursday told his party workers to be prepared as general elections in country ‘can take place at any time’.

Addressing a press conference in Karachi, Bilawal called upon members of his party to stop their squabbling on a ‘war footing’ for six to eight months. He said the general elections could happen at any time and the PPP had to start its preparations for them from today.

The PPP chairman said the Sindh government had competed against MQM-P and the federal government in recent years. “Only PPP can save Karachi,” he said, adding that the party aims to resolve Karachi’s issues, including water shortages and garbage disposal. He said Sindh had been subjected to injustice in terms of water supply, as the federal government had “not increased the supply by even a single percent” to date. “We have to put an end to water theft in Karachi,” he added.

Bilawal said another issue that Karachi faces is increasing garbage. “No development work was done in a few districts which were under MQM-P’s rule,” he lamented. The PPP leader said before rolling out a new transport system, his party would improve the condition of roads in the city. “PPP is the only party which thinks of and works for the common man,” he said. Taking a jibe at the federal government and its ally, he said a ‘new MQM is emerging in Karachi in the form of PTI’.

Slamming Prime Minister Imran Khan for not living up to his promises, he said the premier had neither introduced new projects for the city, nor resolve the metropolis’ water issues. “We will ensure there is no water theft in Karachi […] for resolving Karachi’s issues, there needs to be a political and administrative balance,” he said. “PPP will form the next government and send the selected packing, from Karachi to Azad Jammu and Kashmir,” he said.

The PPP chairman said Karachi’s parliamentary seats “will play an important role when PPP form government in the Centre”. Taking a jibe at MQM-P, he said the ‘party’s terrorists have been eliminated from Karachi’.

Bilawal said Pakistan would have to face tests in the coming days and the PPP was the only political party that could handle them. “Pakistan will face a loss from the situation developing in Afghanistan and there will be a severe blowback. If anywhere the blowback and reaction will be felt and seen, it will be in Karachi which is home to one of the largest populations of Pakhtuns in the world. If the situation in Afghanistan worsens then there will be effects on our environment. We are doing our preparation and making our policies on how to do the kind of development and ready the kind of system in Sindh and our capital Karachi to deal with the coming influx and blowback,” he said.

Bilawal stressed that there was a heavy responsibility to not only find solutions for the basic problems of the people but to deal with the “difficulties we are seeing in the coming tomorrow”. “God forbid we will have to see the time of extremism and terrorism again which we had gotten out of. So we will only be able to confront it when the PPP has a stake, has a government and representation.”