* Farrukh says construction boom will have multiplier effect on over 120 allied industries, which will eventually generate 700,000 jobs across country 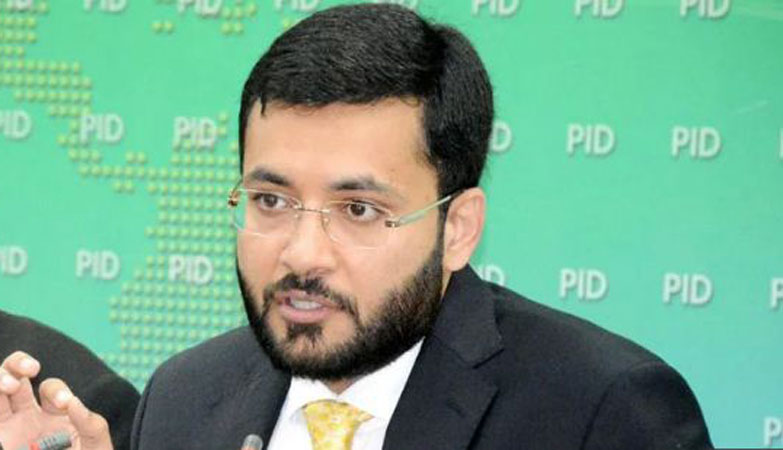 Minister of State for Information and Broadcasting Farrukh Habib on Thursday said there had been a massive increase in economic activity in the country due to the revival of construction sector, which had so far-fetched investment of Rs 1 trillion.

Prime Minister Imran Khan had introduced a special package for the construction sector, including FBR exemption regime and reduction in fixed taxes to offset the negative impacts of the lockdown imposed to curb the coronavirus pandemic in April last year, he told a news conference. The package, he said, received an overwhelming response from across the country with scores of projects of Rs 1,000 billion in the construction sector were given approval by both the federal and provincial governments. The projects of Rs 491 billion registered with the Federal Board of Revenue (FBR) under its exemption scheme, were also among them, the minister added.

Farrukh said the construction sector’s boom would have a multiplier effect on more than 120 allied industries, which would eventually generate Rs 100 billion economic activity and 700,000 jobs across the country. Giving a general breakup, he said some 24,404 investment projects worth Rs 373 billion were approved in Punjab, which would not only ensure Rs 1,900 billion economic activity, but also create 325,000 employments in the province. Similarly, multiple projects worth Rs 74 billion were approved in Khyber Pakhtunkhwa, which would also generate economic activity of Rs 371 billion along with 64,000 jobs, he added.

Likewise, he said, projects worth Rs 175 billion had been approved for the Federal Capital, which would likely to create 104,000 employment opportunities. The minister said the approved projects of Rs 267 billion would be generating economic activity of Rs 1,300 billion and 200,000 jobs in Sindh. He, however, regretted that the builders and investors in Sindh were complaining about delay in approval of their projects.

The Sindh government, he said, received 400 applications for various projects in the last several months, but approval was given to only 90, while billions of rupees projects were still pending. The Sindh Building Department, he alleged, was deliberately delaying the approval out of its obsession with corruption and called upon the provincial government to pay special focus to the construction sector and facilitate the investors. Farrukh said the federal government had held 94 meetings on the construction sector. Some 48 meetings of the National Coordination Committee (NCC) on Housing, Construction, and development were convened by the prime minister, he added. He said Prime Minister Imran Khan, soon after coming into power in 2018, took historic steps to boost the construction sector that was neglected by the previous governments. “The construction industry plays an important role in the economic uplift and development of any country,” he remarked. Farrukh said Prime Minister Imran Khan was committed to provide affordable houses to the poor instead of purchasing flats in London or opening accounts in Swiss banks. He had bound all the banks to spend 5 per cent of their total lending for financing, i.e., Rs 375 billion the low cost housing, he added. He said the banks had so far approved loan applications for Rs 45 billion under the low-cost housing scheme, out of total requests for Rs 145 billion. The government, he said, would provide a subsidy of Rs 0.3 million on the construction of first 100,000 houses, while the applicant would have to return the loan amount in 10 to 15 years at low interest rate.The people, who were living in rental houses, would become owner of the homes by paying monthly loan installments of Rs 10,000 to Rs 15,000.

He said around 20,000 low-cost units had been built by the Naya Pakistan Housing and Development Authority (NAPHDA), while the construction of another 45,000 was underway in collaboration with the provincial authorities. He said Prime Minister Imran Khan participated in balloting for the allotment of 2,000 residential apartments under the Lahore Development Authority (LDA) City. Similarly, low-cost housing units were being built in Frash Town (Islamabad) and Jalozai (Khyber Pakhtunkhwa).

Similarly, he said, thousands of low-cost houses were being built in 40 Tehsils across Punjab. A project was underway in Sargodha district under the Punjab Government’s Peri Urban Scheme. Farrukh said the Federal Government had submitted around 230 projects to NAPHDA for the construction of some 300,000 units, and 48 of them were shortlisted for building 70,000 units. Negotiations with the banks to get financial support in that regard were in final stage, he added.

He said the prime minister had instructed the Survey of Pakistan for digitization of land records in the country that would not only help the authorities to upgrade the land management system but also facilitate it in land acquisition in a transparent manner.

During the first phase, he said three major cities, including Karachi, Lahore and Islamabad were focused. About 50 percent land record of total 2500 square kilometers area of Karachi had been computerized, he added. He regretted that the Sindh authorities were not cooperating with the Survey of Pakistan due to their alleged involvement in corrupt land practices.