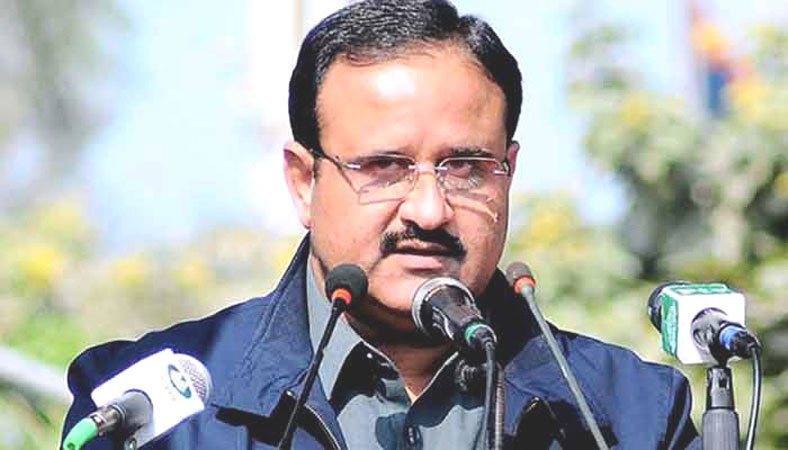 Punjab Chief Minister Sardar Usman Buzdar has said on Thursday that truth and honesty have prevailed in the recently held Sialkot by-poll, adding that Pakistan Tehreek-i-Insaf’s continued success in Azad Jammu and Kashmir and Sialkot elections show the public trusts the government’s policies.

The people are fed up with the anti-state narrative, and elections’ results have proved that there is no room for looters in politics, the CM said and advised the opposition to shun negative politics after repeated defeats. The opponents are unnerved after this defeat, he added. Such elements are ousted from the political arena and their politics of promoting personal agenda by spreading chaos has also died down, he asserted.

Meanwhile, Chairman CM Complaints Cell Sargodha division Hassan Inam Paracha called on Buzdar and discussed matters of mutual interest. He congratulated the CM over the success of the PTI candidate in the PP-38 by-election and also appreciated the policy of ensuring composite development in the province.

Upon his request to grant the status of a district to Bhalwal tehsil, the CM assured to review the matter, adding that work has been started to create new districts and tehsils on administrative grounds. The prospects of granting the status of a district to Bhalwal would also be evaluated, he maintained and stressed that the incumbent government delivers instead of making lofty claims.

The CM said the government has started work on mega projects to develop the Sargodha division, and a separate development package has been designed for every district. Similarly, he added, different projects have been accorded approval, including Sallam to Sargodha road, Bhera to Malakwal road, Miani to Pakhowal road, Alipur to Thathi Wallana road by the government.

Paracha thanked the CM for initiating the development schemes to develop the Sargodha division.

The employees thanked the CM, stating that the chief minister has won their hearts.

The chief minister has sought a report from RPO Sheikhupura about the murder of a child in the Habibabad area of Pattoki and directed to arrest the criminal without delay. The CM also extended sympathies to the bereaved heirs and assured to provide justice to them.

While coming back from Multan to Lahore, Buzdar paid a surprise visit to Kabirwala and inspected various areas of the city.

He directed to improve the situation of cleanliness and stressed that the line departments will have to fulfil their responsibilities in this regard. He also directed to complete the repair and maintenance of city roads, adding that a comprehensive district development package will be chalked out for Khanewal district.