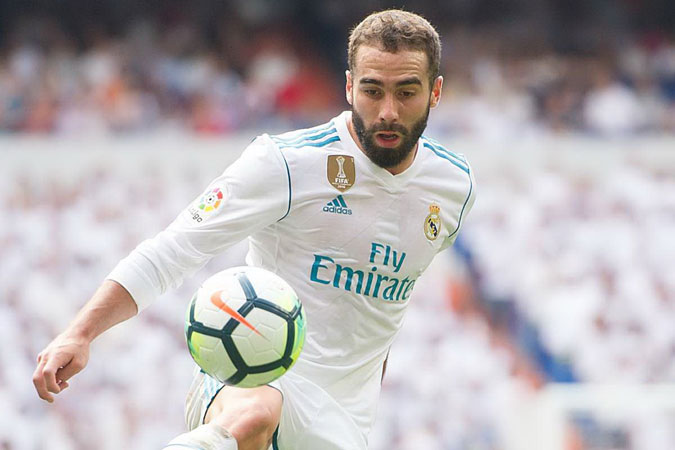 MADRID: Spain right-back Dani Carvajal has signed a contract extension keeping him at Real Madrid until 2025, the La Liga side announced on Thursday. The 29-year-old came through the club’s academy before joining Bayer Leverkusen for the 2012-2013 season. He returned to the Santiago Bernabeu where he was won the Champions League four times and La Liga twice. “The defender signed the contract at Real Madrid City, accompanied by president Florentino Perez,” Madrid said in a statement. Fellow defenders Sergio Ramos, the former club captain, and France’s World Cup winner Raphael Varane have left the Spanish capital this term but Austria’s David Alaba has arrived as a free agent.