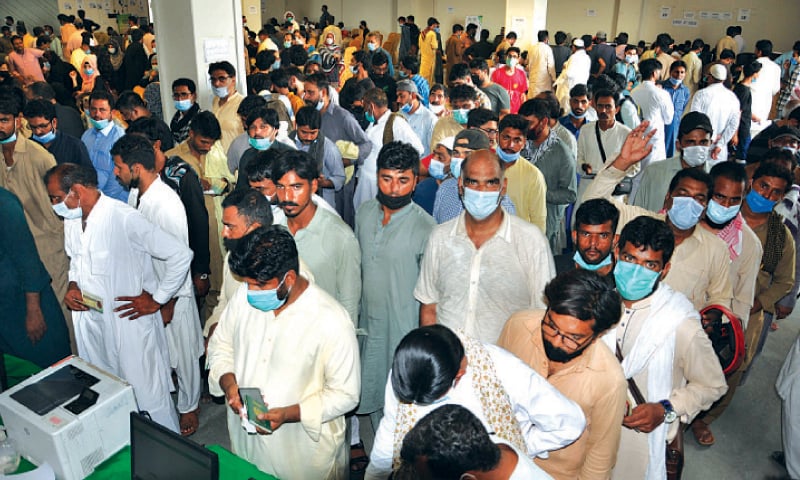 A police inquiry shows the involvement of Sindh health department officials in the scam of vaccines sale in the province on Thursday.

The police are taking a grant to arrest the health department officers in connection with the scam, according to sources.

The Karachi police on Monday arrested two suspects and recovered hundreds of empty vials from their possession. The South Zone police raided the office of a private company offering health services in Defence Phase-II and recovered 513 empty vials of three vaccinations including Sinopharm, SinoVac, and Cansino.

Documents related to the Pfizer vaccine administered to 60 people by the accused have also been found during the investigation.

Investigators claimed the accused were supplying the vaccines from the District Health Office, East Karachi. The arrested men disclosed the names of three people who provided them the official vaccines during initial investigations.

The police said on Thursday that investigation from these three suspects was underway and new revelations came to light.

According to the interrogation report, one arrested man,  Zeeshan said that he was appointed as a male nurse on contract at the DHO Health Office. He told the investigators that he was instructed by an officer of health department, Mr Samad, and others to sell the vaccine doses. Then he started providing home service for the administration of Pfizer vaccine jabs with the help of his co-worker Sultan and the healthcare service people.

He confessed to selling Sinopharm, SinoVac and Pfizer vaccines for Rs7,500 and Rs15,000. He further revealed that those who were administered the vaccine jabs, their entry would be made in the list of people who intended to go abroad.

Accused Zeeshan said that he used to give the money to the health department officers after selling vaccines.

Police are of the view that further arrests of the health department officials could be made in the light of new revelations.