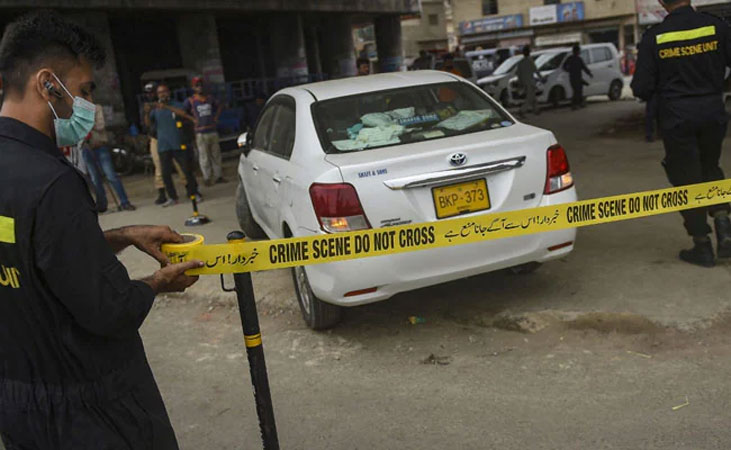 At least one Chinese national was wounded in a gun attack in megacity of Karachi Wednesday, police said, in the latest assault targeting Chinese citizens in the country.

Local police said two masked assailants riding on a motorbike fired at a car carrying two Chinese nationals, who were working at a nearby factory in the city. One of the passengers sustained an injury to his arm in that attack.

“He is stable as fortunately he was not hit on any vital part of his body”, Javed Akbar Riaz, the police chief of Karachi’s southern district, told AFP.

Chinese foreign ministry spokesman Zhao Lijian also confirmed the incident. “China is following this matter closely and the relevant case is still under investigation,” said Zhao. “This incident is an isolated case. We are fully confident that the Pakistani side will ensure the safety of Chinese nationals and assets in Pakistan,” he added.

The shooting comes just weeks after nine Chinese nationals were killed in northwest of the country when their bus carrying a team of engineers, surveyors and mechanical staff to a nearby dam site was targeted in a bombing.

The security of Chinese workers has long been an issue of concern in Pakistan. Large numbers of them are based in the country to supervise and build infrastructure projects.

In April, a suicide blast at a luxury hotel hosting the Chinese ambassador in southwest Balochistan province killed four people and wounded dozens. The ambassador was unhurt.

Islamabad is Beijing’s closest regional ally, with China pouring billions of dollars into Pakistan in recent years to boost the nation’s infrastructure.