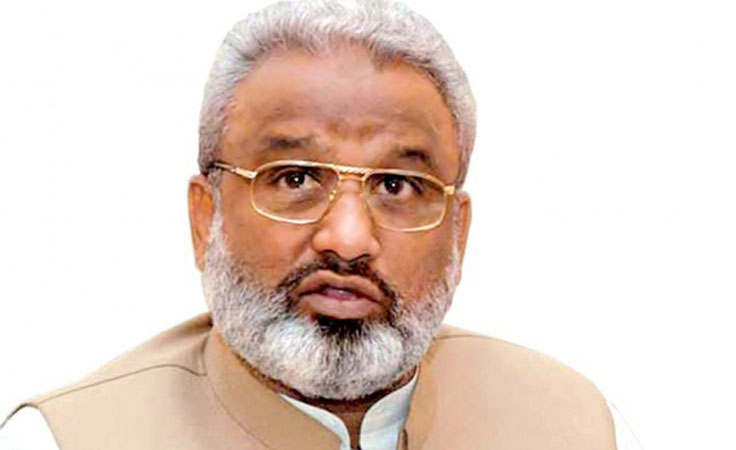 Prime Minister Imran Khan has appointed former Sindh chief minister Dr Arbab Ghulam Rahim as his special assistant on Sindh affairs, a notification issued by the Cabinet Division said on Wednesday. Rahim had joined the ruling Pakistan Tehreek-i-Insaf (PTI) after meeting Prime Minister Imran earlier this month. The former Sindh chief minister was quoted as saying at the time that the premier had tasked him with organising the PTI in Sindh, and that people would hear “good news” from the province in the coming days. “The prime minister […] has been pleased to appoint Dr Arbab Ghulam Rahim as Special Assistant to the Prime Minister on Sindh Affairs,” the notification said. It added that the appointment will be in an honorary capacity. With Rahim’s appointment, the federal cabinet’s size has swelled to 53 members.