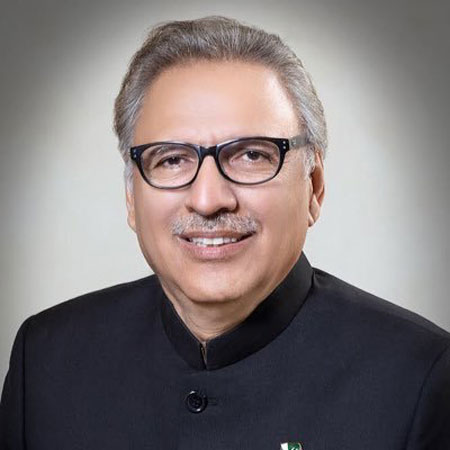 President Dr Arif Alvi Wednesday stressed upon the youth to utilise their full potentials in accelerating the country’s current pace of progress through intelligence-based contributions because, in the fast-changing world, the countries would get an edge over each other through human-intellect driven resources.

Addressing the 25th Convocation of Ghulam Ishaq Khan Institute of Engineering Sciences and Technology (GIK), here at the Aiwan e Sadr, the president observed that country could achieve fast-paced progress based on a knowledge-based economy.

Highlighting the significance of artificial and human intelligence, the president said those countries achieved marvels which had realised its significance. The natural resources were not now considered as real driving engines for progress as different countries had made progress based on human intellect, he opined.

The president said Pakistan, being the fifth most populous country in the world, had not yet reached its true potential, and stressed upon the young graduates to fully devote their energies by harnessing their true capabilities and play an active part in advancing the goals of rapid progress and prosperity of the nation.

The president while reposing confidence in the talents of the young lot said that in today’s world, the realms of knowledge were limitless with the availability of modern gadgets and tools of information.

“A nation can progress if all segments in a society including ulema, students, media and others take part in steering the country’s ship towards its destination,” he added.

The president urged the students to develop a sense of pain and empathy for the members of society, family and relatives after completion of their education.

The president said the present government had taken drastic measures to curtail unnecessary expenditures and launched a strict austerity drive starting from the President and Prime Minister Houses.

He said these were the measures that could help the nation to change its mindset.

The president observed that dishonesty and corruption were the elements that wreaked destruction upon nations.

Prime Minister Imran Khan during Covid 19 pandemic had taken the best decisions of smart lockdowns, giving priority to the human compassion and livelihoods of the poor people which produced encouraging results, he said, adding the rollout of the Ehsaas programme was an indication of that human compassion.

On the other hand, in the neighbouring country, lack of good decision-making created unending ordeals and destruction for the people, he added. Due to the prudent economic policies of the government, all indicators were showing an upward trajectory, he added.

The president said the nation during 1975 had decided on the nuclear deterrent after India had conducted a so-called nuclear device in 1974. The nation at that time, without having enough resources, was succeeded based on intellect, he added.

Paying tributes to the services rendered by late president Ghulam Ishaq Khan, the president said that he had served the nation while holding different posts.

The president also lauded the parents and teachers in guiding and training the students to meet future challenges and serve the nation. He also urged the GIK to expand its footprints in the education arena as the educational system and learning process had witnessed sudden change due to the global pandemic. Later, the president also conferred doctorate degrees, degrees and medals among the top successful students of different disciplines.

Professor Dr Wasim A. Khan, Pro-Rector (academic), Pro-Rector Sardar Aminullah Khan and others also spoke on the occasion and highlighted achievements of the GIK in academia and research fields.