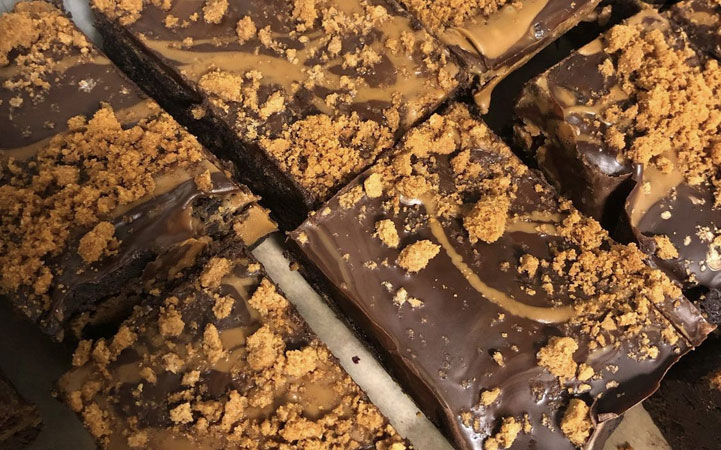 The owners of a little-known vegan bistro in Devon have spoken of their joy – and shock – at their restaurant being named the third best in the world for vegan food by Tripadvisor.

Cosmic Kitchen in Plymouth claimed the bronze medal in Tripadvisor’s 2021 Travellers’ Choice ‘Best of the Best’ Restaurants Awards for the world’s best vegan restaurant and, of course, it was named the best in the UK. The awards are decided by an algorithm that analyses the millions of reviews and opinions collected in a single year from travellers around the world.

Twin sisters Gabriela and Lucia Evangelou, who run the restaurant, expressed how stunned they were on a Facebook post and thanked their staff, writing: ‘We can’t believe it. This is so amazing! As always a BIG thank you to all of our staff old and new as what makes Cosmic so special is the beautiful people front and back of house who cook and serve you all.’ They also thanked customers who had taken the time to write them a review.

The restaurant has an impressive five out of five rating on Tripadvisor with 246 ‘excellent’ reviews out of 257.

On the dessert front, one reviewer raved: ‘The upsidedown pineapple cake with ice cream is to die for.’

The overall winner in the global vegan category of Tripadvisor’s awards was Vegan Beat in Athens.

One reviewer who visited the street food restaurant in January wrote: ‘This is totally the type of vegan food to make you say WOW! Even my husband who is not vegan, and usually declines ‘vegan’ food, was impressed.

‘He’s already looking at recipes to recreate at home! I went twice during our trip which is something I don’t often do. The second visit, I had the Space Gyros which was incredible.’

In second place was the surf-themed Blu Bar in Barcelona, which is popular for its plant-based tacos, pizzas and sandwiches. 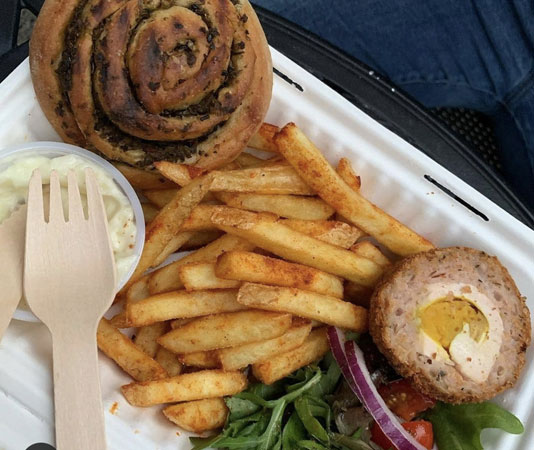 Tripadvisor notes that the UK’s No2 vegan restaurant, Twelve Eatery, claims to be the only organic plant-based restaurant in Dorset and the UK’s first organic bar to make cocktails with fresh cold-pressed juices.

In third place in the UK ranking was Offbeet New Forest in Southampton, which also serves as a vegan cooking school. Diners here can find ‘delicious dishes’ such as freshly made gnocchi with sage and pistachio pesto and cauliflower steaks.

Indigo Greens in Liverpool claimed the fourth spot, with an ‘extensive menu of breakfasts, light bites, mains and desserts to choose from’, while Tansy’s Pantry on the Isle of Wight came fifth.

The menu at this restaurant is 100 percent plant-based, with the majority of dishes gluten-free. In sixth place was The Tipsy Vegan in Norwich, which specialises in small sharing dishes, followed by the Amrutha Lounge in London, which offers a vegan take on comfort food.

The eighth spot was claimed by Cafe Van Gogh in London, while Corarima in Wakefield, where Abyssinian cuisine is the speciality, came ninth. Rounding out the UK’s top ten was Ba-Ha in Birmingham, which serves ‘delicious’ and ‘insta-worthy’ plant-based vegan food including bish and chips – beer-battered banana blossom served with hand-cut chips, minty mushy peas and homemade tartar sauce.

A spokesperson for Tripadvisor said: ‘Unless you’ve been living under a rock, you’ll know that veganism has gone from a niche hipster trend to a mainstream lifestyle craze in recent years. ‘More plant-based food availability, dining options, and education on its benefits have put vegan food at the heart of the dining industry, particularly for younger generations. ‘But you don’t have to declare yourself 100 percent vegan to enjoy a delicious plant-based meal.’