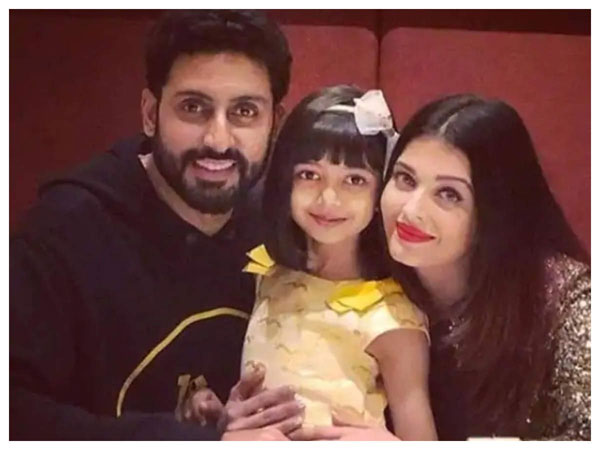 Aaradhya Bachchan once mistook Ranbir Kapoor to be her father Abhishek Bachchan, as he was wearing a cap and jacket like him.

After that, Aaradhya would behave rather shy around Ranbir, who was acting with mom Aishwarya Rai Bachchan in the 2016 film Ae Dil Hai Mushkil.

In an old interview with Filmfare, Aishwarya revealed that Aaradhya had run to Ranbir for a hug thinking that it was Abhishek and has been shy around him since then. “One day she just ran into his arms. Because he was wearing this jacket and cap like AB and he had the stubble. Thinking he’s AB, she hugged him and he was like ‘Awww’. Hiroo aunty said, ‘Ranbir you’re a charmer’.”

Aishwarya added, “But I understood what had happened. I asked her you thought he was Papa and she said ‘Yaaa’.” Ash went on to say that since that day she’s become a bit shy around him. “Abhishek also teased Ranbir, ‘Hmmm… this one is crushing’. I told Ranbir this is so funny.”

Aishwarya also mentioned that she had a crush on Ranbir’s father, Rishi Kapoor, and now Aaradhya is shy around Ranbir, so life has come full circle. “On the set, I introduced Ranbir as ‘Ranbir uncle’ to her. He joked, ‘No RK!’ Twice she addressed him as ‘uncle’. But the other day, suddenly it was ‘RK’. We all laughed at that,” Aishwarya added.

Aishwarya will next be seen in Mani Ratnam’s magnum opus film Ponniyin Selvan.The production of the period fantasy drama began after the Tamil Nadu government relaxed the lockdown restrictions, paving the way for the resumption of the film shootings. On Saturday, she visited her co-star Sarathkumar. On Sunday, Sarathkumar’s daughter Varalaxmi Sarathkumar took to Instagram to share her fangirl moment. She expressed how she was “overwhelmed” with her, Abhishek and Aaradhya’s humility and love.