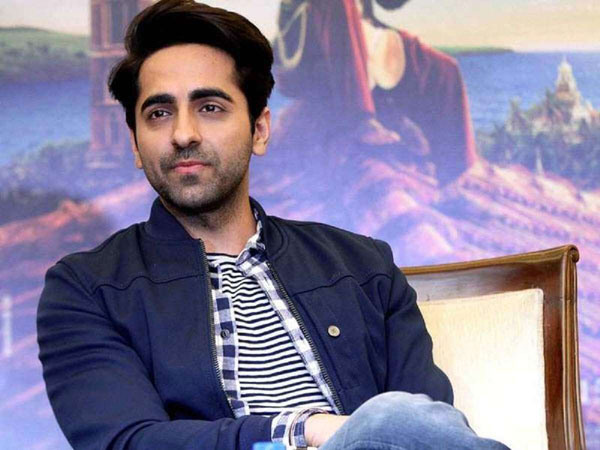 Actor Ayushmann Khurrana was a guest on the latest episode of Pinch 2, hosted by Arbaaz Khan. Going by the format of the show, Arbaaz read out unpleasant and hurtful tweets by trolls. Ayushmann had responses for them laced with his wit and humour, and addressed several topics, including breaking stereotypes, normalising the LGBTQ community in his films, as well as his name for wife Tahira Kashyap.

Arbaaz asked him whether actors being stereotyped is a good thing or not, Ayushmann answered, “Every actor has a staple zone. Tiger’s staple zone is action. Mine is doing slice-of-life films. Every film can’t be different, maybe one film I can do differently. If you keep trying something different, you’ll get exhausted. People are not looking for a different story, but a different you. No need to be so self-obsessed.” He added that he did Article 15 and Andhadhun for himself, but there are some films that he does for the audience.

Arbaaz read out tweets that criticised his autobiography, calling him too young to write a book, and saying it was ‘averagely written’. Responding to this, Ayushmann said, “After my first film, I had three films flopping. I packed my bag and went to Chandigarh, and I had time so I wrote a book. It was a stage where nothing was working out. I had made a band, Ayushmann Bhava. I did concerts. I thought if nothing else worked out, I would perform on birthdays, I’ll do something to entertain. You just need to make it work somehow, as an artist.” He added that this was his personal journey, it was alright if people didn’t like to read the book.

Arbaaz asked him whether actors being stereotyped is a good thing or not, Ayushmann answered, ‘Every actor has a staple zone’

Bringing up his relationship with wife Tahira Kashyap, Arbaaz asked him why he used to called her Harish. Ayushmann answered, “She’s a cancer survivor. So after chemotherapy, she began to have curly hair. So I started calling her Harish, because of the actor in the 90s. She had no idea about him as she never followed Bollywood in the 90s and was wondering why I called him Harish. ” Arbaaz interjected, “Harish Singh starred with Karisma Kapoor in Prem Quaidi,” and both of them complimented the songs of the film.

Trolls were even attacked him for being a fanboy of all the actors he’s worked with, including Amitabh Bachchan. Ayushmann was rather touched when one troll called him ‘immature but cute.’

Ayushmann Khurrana, who has acted in Shubh Mangal Savdhan and Shubh Mangal Zyada Savdhan which dealt with sexual dysfunctions and LGBTQ love stories, had answers for trolls who attacked him for acting in such films. One troll wrote, “I’m a big fan of yours, but I’m not supporting you for this thought. We should not go against nature.” Ayushmann hits back, “What do you know about nature, everyone has a different one.” After reading some more harsh tweets, Ayushmann said, “Shubh Mangal Zyada Savdhan for such people. They need to watch this.”

On what ‘pinches’ him about social media, Ayushmann replied, “When someone says something against family. Work is subjective. You have the right to like and dislike a character or a film, but it pinches when someone comments on the family.”

Of course, Ayushmann had the chance to read the positive comments as well, where fans praised his ‘hearty laugh’ and ‘genuine’ personality. In one segment of the show, Ayushmann had to answer ‘Ayushmann Bhava’ or ‘Ayushmann Khafa’. One fan wrote, “Oh damn you’re married.” Ayushmann replied, “Ayushmann bhava, I can’t say something more because I’ll be thrashed at home.” Pinch streams weekly on Zee5.