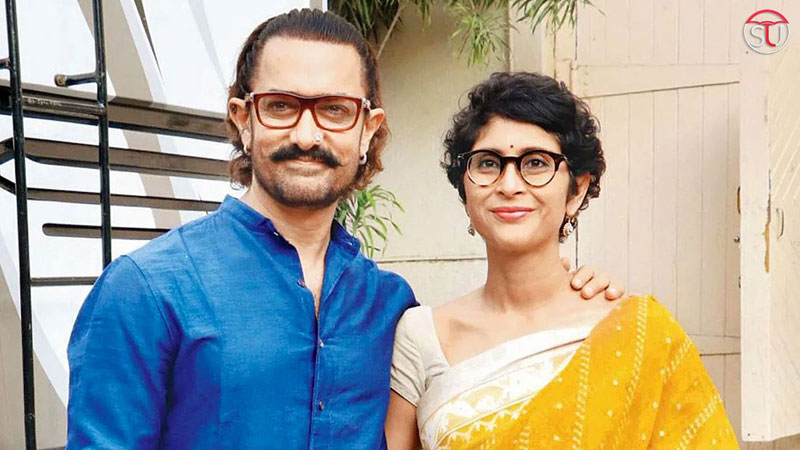 A few weeks after announcing their separation, Aamir Khan and Kiran Rao conducted a press meet in Ladakh, where they have been working on their next film, Laal Singh Chaddha.

While interacting with the media, they talked about their experience of shooting in the picturesque land of Ladakh. They said though the place might be inaccessible during the winters, its beauty can be easily enjoyed in summers.

“People here are so good at heart. We had a great experience working here. Kargil’s infrastructure is quite advanced, and we had no issue accommodating our huge crew here. It used to take me one hour to reach the shoot location. I, along with Chay, enjoyed the scenery during our drive,” Aamir told the reporters. Kiran Rao, who has been looking at the production work of Laal Singh Chaddha, agreed that they had a great time shooting for the film in Ladakh. After the press conference, Aamir and Kiran posed with the reporters at the press club. Their photos surfaced on many fan pages of the actor. Kiran and Aamir had announced their separation in a joint statement earlier in July.

A few days earlier, photos of the actor and his former wife Kiran Rao playing table tennis had gone viral. In the pictures, they were seen enjoying a friendly table tennis competition with the cast and crew of the film in Ladakh. Their son Azad Rao was also spotted in the photos.

A source close to the film’s team said, “The unit of Laal Singh Chaddha recently arranged their own table tennis tournament and from Aamir sir to the kids on set, the entire team took part in it. It was a very casual and fun competition.”