Mixed reaction over the appointment of Dr Arbab Ghulam Rahim 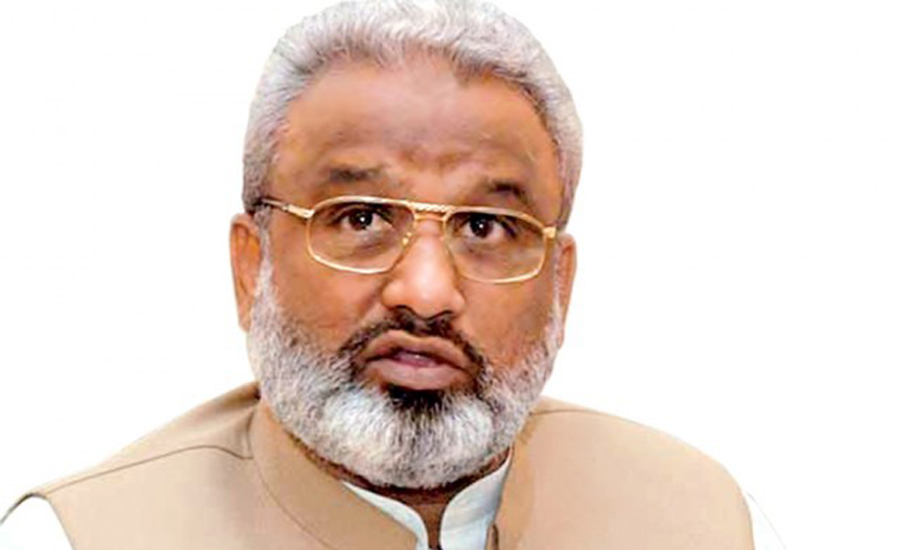 MITHI: The local leaders of PTI, Ghousia Jamaat and supporters of the former Chief Minister Sindh, Dr Arbab Ghulam Rahim have welcomed the decision of Prime Minister Imran Khan to appoint his as Special Assistant to look after the affairs of Sindh. MPA Abdul Razzak Rahimoon. Arbab Anwar Jabbar, Nizamuddin Rahimoon, Haji Qamaruddin Rahimoon, Fakeer Arshad Kumbhar, and other prominent leaders from Thar talking to this reporter welcomed the appointment of their leader and hoped that he would try his best to stem the rot and to cleanse the political dirt created by PPP rulers during past 13 years,

They said that it was beyond any shadow of the doubt that Premier Imran Khan had chosen an honest and upright person to look after the affairs of the province, which according to them, were getting from bad to worse due to the rampant corruption in every department. They claimed that Dr Rahim had already proved himself as the great administrator of the province by effectively running the government in Sindh. They said that he was the person who had changed the landscape of his home district through the mega projects including construction of the roads in the entire desert district. ” Even arch rivals of Dr Rahim admit that he is person who labored the corrupt practices” added MPA Abndul Razzak Rahimoon, Mr Rahimoon said that those opposing his appointment were actually afraid of their possible ruthless accountability for the corrupt practices adding he said that Dr Rahim would further strengthen PTI in Sindh to give tough time to PPP during the forthcoming general elections. He said that Arbab Ghulam Rahim had all guts and skills to provide relief to the people of the entire province.

Engineer Gyanchand, the former Senator and the president of Pakistan Peoples Party (PPP) Tharparkar chapter, vehemently opposed the appointment of Dr Arbab Ghulam Rahim as the Special Assistant to Prime Minister on Sindh Affairs.
has termed the decision as anti-Sindh and a conspiracy against the elected government of PPP in Sindh. The PPP leader said that in the presence of the governor as the representative of the federation in the province, there was no such provision in the Constitution to appoint a person like Dr Rahim to look after the affairs of the province.

He claimed that such unconstitutional appointments implied that the Prime Minister Imran Khan and leadership of PTI wanted to destabilize the government adding he also termed the move to colonize the province after the party was rejected by the people of Sindh. ” This appointment has been made with the malicious intentions to attack the provincial autonomy of Sindh” he added, saying that the move to elevate a rejected person from Thar to help the Prime Minister run the affairs of Sindh from Islamabad would be resisted by the leaders of PPP and people of Sindh.
He asked the PTI leadership to stop treating Sindh as the conquered territory of the federation. ” If there is the need to make such appointments to look after the governance of any province then there has been dire need in Punjab, Balochistan and KPK” he added and said that political situations in other provinces were getting worse due to rifts among the ranks and files of PTI and its allies. The PPP leader claimed that PTI in Punjab had split into groups but the Prime Minister instead of making such appointments had surrendered himself before those who had revolted against the weak government Sardar Usman Buzdar.