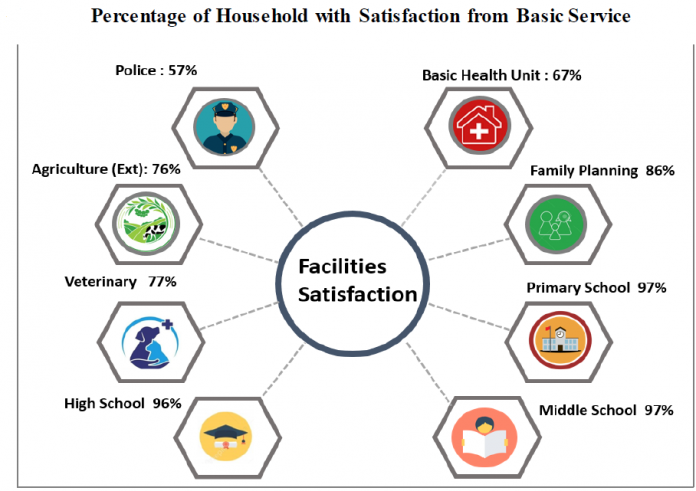 ISLAMABAD, Jul 28 (APP): The overall satisfaction of people across the country over the basic facilities or services provided by the government witnessed increase, according to latest Pakistan Social and Living Standards Measurement Survey (PSLM-2019-20) conducted by Pakistan Bureau of Statistics (PBS).

According to the PSLM findings, households were also asked to give opinion about their satisfaction with the use of facilities or services and it was observed that overall satisfaction of the services used has increased for all facilities.

The denominator included only those household who were using the facility, it said adding that, 67 percent of the household were satisfied with government basic health facility in 2019-20 as compared to 57 percent in 2014-15, when the last PSLM survey was conducted.

Satisfaction from veterinary services were 77 percent as compared to 71 percent in 2014-15, 76 percent of household showed satisfaction after using agriculture extension

The PSLM survey observed that in Punjab satisfaction with facilities has increased in almost all services, but there was decline in agriculture extension from 80 percent to 77 percent in 2019-20.

In Khyber Pakhtunkhwa increase in satisfaction from all services has been observed as compared to 2014-15.