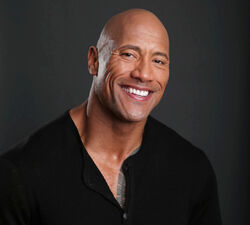 Famous American wrestler and actor Dwayne ‘The Rock’ Johnson, on Tuesday, addressed reports surrounding his return to the wrestling ring.

According to the details, the 49-year-old wrestler spoke with ET’s Matt Cohen, along with his Jungle Cruise costar Emily Blunt.

While addressing his potential return to WWE return, Johnson said, “There’s nothing.”

“Gonna be me and him, and there’s gonna be a big fight,” Blunt responded.

Earlier, WWE champ John Cena had spoken about The Rock’s return, telling ET’s Ash Crossan, “Dwayne Johnson is a star in his own universe. There is no one like him.”

He went on to say, “There will never be anyone like him. For him to be gracious enough to return to WWE, it’s own global entertainment phenomenon, that’s great for WWE and it is great for The Rock”.

It is pertinent to state here that Andrew Zarian of the Mat Men Pro Wrestling Podcast had, earlier, claimed that the actor will soon be seen in Survivor Series this year.