The person who commits rape is fully responsible: PM Khan 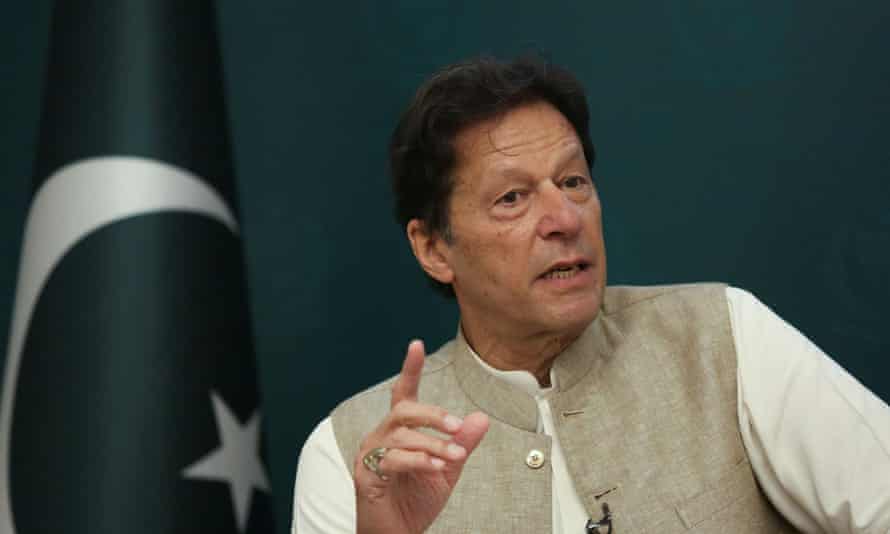 Prime Minister Imran Khan, after being criticized on social media for his comments on rape, said on Wednesday that he would “never say such a stupid thing” that a rape victim is “somehow responsible” for the crime committed against them.

PM Imran Khan was asked about his comments suggesting that a person who is raped is somehow responsible for the crime in an interview with PBS NewsHour.

He said that his comments were taken out of context ‘deliberately’.

“They were simply talking about Pakistan society where we are having a sharp rise in sex crimes,” explained the premier.

He also said sex crimes are not limited to women.

“More than rape, there are child abuse cases which are going through the roof, so my comments were in that context,” said PM Khan.

The prime minister explained that he used the term “pardah,” noting that it does not only refer to clothing or to women. “Pardah” is also for men, and it means “to bring down temptation in a society.”

“And I have to say because I know all the interviews I have given. Never would I say such a stupid thing where a person who is raped is somehow responsible. It is always the rapist that is responsible,” said PM Khan.

Woodruff also asked the PM if the importance of Islam in Pakistan prevents him from taking a more assertive stance on women’s issues.

“Absolutely not. Islam gives dignity and respect to women,” the PM said to her question.

He said that while travelling the world, he has realized that Muslim countries treat women with far more respect.

When asked about women’s respect, the PM acknowledged that there are “odd cases,” but added that such situations exist “everywhere in the world.”

“But you look at the situation in Pakistan even now, I mean look at the rape cases here, compared to Western countries, they are minuscule,” said the PM.

The prime minister acknowledged that Pakistan has problems, but attributed them to “cultural issues.” He went on to say that such cultural issues exist in every country and that they can be resolved through cultural evolution.

“As far as a woman’s dignity and respect goes, I can say after going all over the world, this society gives more respect and dignity to women,” concluded PM Imran.

PM Imran Khan came under fire last month after an interview with Axios’ Johnathan Swan for his response to the rising cases of sexual violence in Pakistan.

During the interview, the prime minister discussed a variety of topics, including military bases, the Afghan peace process, and Pakistan’s response to the coronavirus pandemic.

The prime minister’s comments on temptation and women’s clothing, on the other hand, went viral on social media.

Swan asked, in response to the PM’s earlier remarks on vulgarity:

“On increasing vulgarity, you said it will have consequences, and you were accused of rape victim-blaming. How do you respond to that?”

In response, the prime minister defended the criticism against himself, saying “it is such nonsense”.

“I never said veils– this was never said. I said the concept of pardah is to avoid temptation in society. We don’t have discos here, we don’t have nightclubs,” he said.

“So this is a completely different society, a way of life here. So, if you raise temptation in the society to the point, and all these young guys have nowhere to go, it has consequences on the society,” he added.

“Do you think what women wear, that’s part of any temptation?” asked Swan.

“If a woman is wearing very few clothes, it will have an impact on men,” responded PM Imran Khan. “Unless they’re robots. I mean, it’s common sense.”

“Yes, but will it really provoke acts of sexual violence?” asked Swan.

“It depends which society you live in,” answered PM Imran Khan.

“If in a society, people haven’t seen that sort of a thing, it will have an impact on them,” he added.