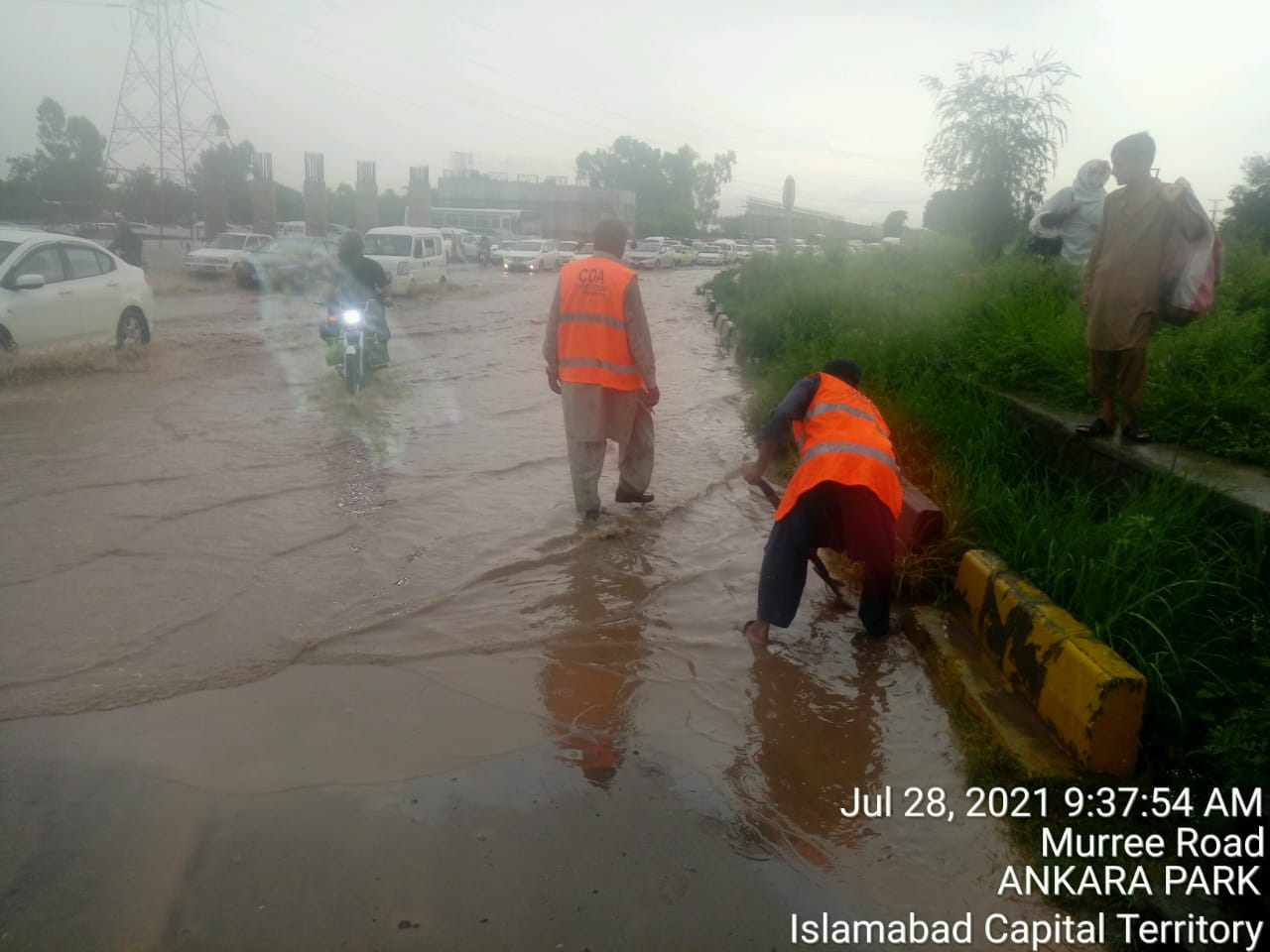 It was reported on Wednesday that the federal capital was struck by heavy overnight rains which left Sector E11 fearful of overflowing nullahs for which civilian authorities have little support.

The city was left fighting with overflowing streams and fears of high-level flooding of Lai Nullah as Army teams showed up to rescue people.

Cloudburst in Islamabad has caused flooding in various areas. Teams are clearing nullahs/roads. Hopefully we will be able to clear everything in an hour. Everyone is requested to plz cooperate and restricted unnecessary movement for next 2 hours.

“All the teams are in the field to clear excessive water,” the office said, however, the sources in Islamabad offices have said the rescue teams have little in terms of machinery to overcome the challenges posed and dreaded by the catastrophic 330 millimetre rain owing to cloudburst.

The office said, “Machinery is working on maximum locations for clearance.”

CDA teams are working to clear the roads. All the teams are in field to clear excessive water. Machinery is working on maximum locations for clearance. We request the citizens to cooperate.🙏 (1/2) pic.twitter.com/JZVKfMjMmb

Inter-Services Public Relations (ISPR), the Army media, has earlier said rescue teams of the forces have reached the areas worst affected by the submergence due to rains and streams.

The flooding situation has cropped up in Lai Nullah, Sector E11 for the rescue of which Army teams have been instated to rescue people.

ISPR has said it is prepared to meet challenges posed by the calamity and the rescue and relief operations are being facilitated by the squads.