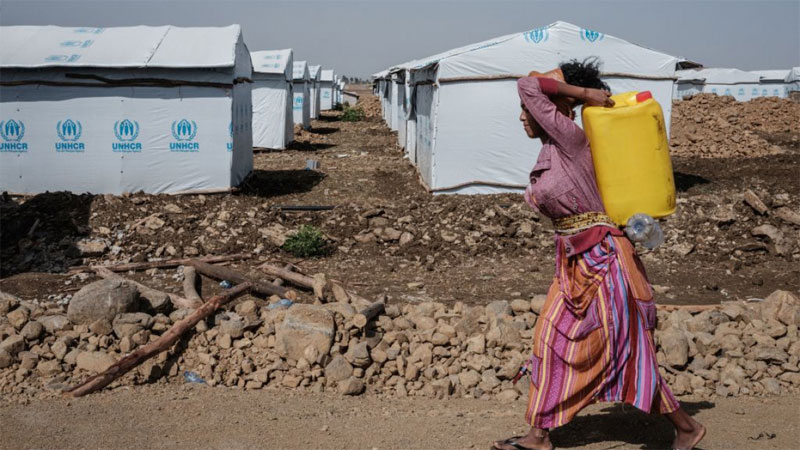 Three thousand Ethiopian asylum-seekers crossed into Sudan late Monday, according to a government report seen by AFP, hailing from the Amhara region which borders the conflict-hit Tigray region.

The two regions, which both border Sudan, are locked in a decades-old land dispute that has become central to an eight-month-old war in Tigray.

“Three thousand people from the Qemant tribe crossed the border late today (Monday) into Taya village” in El-Gedaref state, the Sudanese government report said. More asylum-seekers from the war-torn region were pouring in, it added.

On Sunday, Amhara regional president AgegnehuTeshager called on all armed residents to mobilise for battle against the Tigrayan rebels dubbing it a “survival campaign”, state media reported.

Ahmed has leaned heavily on security forces from the Amhara region during the fighting in Tigray.

Fighting dragged on for months before the tables turned in late June, with pro-TPLF fighters reclaiming the Tigray capital Mekele and Abiy declaring a unilateral ceasefire.

The Tigrayan rebels have since pushed on into other areas, including ones claimed by the Amhara region, and the federal government has sought assistance from other regions.