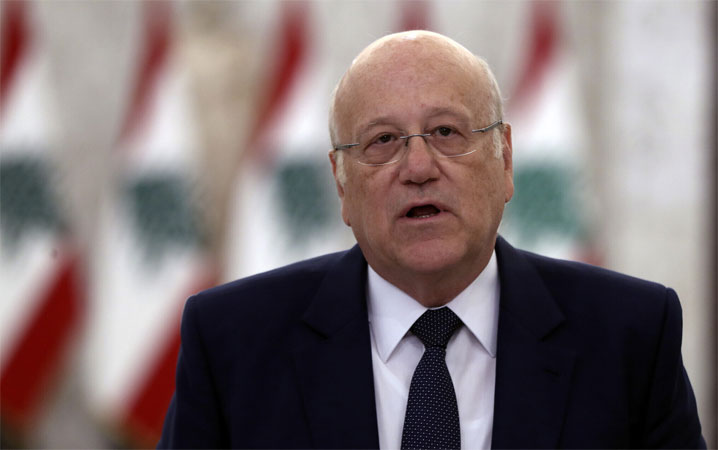 Lebanon’s new prime minister-designate NajibMikati was due to start consultations with leading political parties Tuesday with a view to forming a long-awaited government. The billionaire politician, already twice a prime minister, was designated on Monday, days after Saad Hariri threw in the towel. The government of Hassan Diab resigned following a deadly port explosion in Beirut last August and efforts to agree on a new lineup have proved fruitless. The institutional vacuum is holding up a potential financial rescue plan for Lebanon, which defaulted on its debt las year and has since sunk into what the World Bank has described as one of the world’s most severe crises since the mid-19th century. The designation of the 65-year-old Mikati, Lebanon’s richest man and to many a symbol of its corrupt oligarchy, was met with general scepticism. Mikati, the third politician in a year to attempt the job, promised to form a government of experts, in line with a French roadmap conditioning a huge aid package on reform and transparency. In an interview with the An-Nahar newspaper, Mikati vowed his lineup would be “purely technocratic”. Tuesday’s meetings with the parliamentary blocs are the customary official step that follows a new prime minister’s designation but the high-stakes horse-trading has yet to begin.