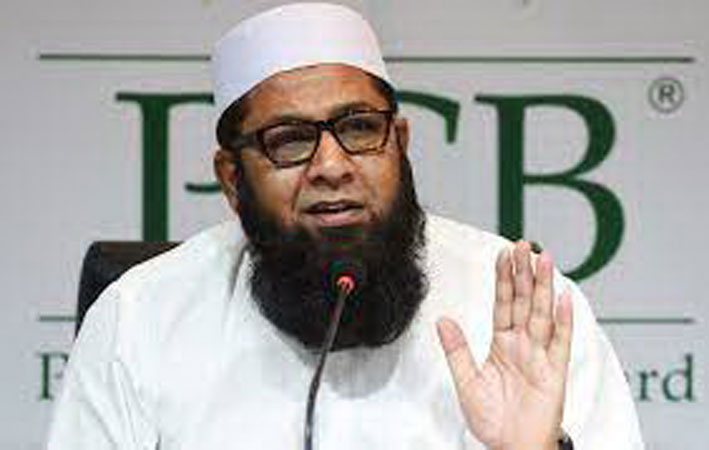 LAHORE: Former cricketer Inzamamul Haq was left fuming after West Indies Cricket’s decision to reduce their upcoming home T20I series against Pakistan from five to four matches. The series is scheduled to start on Wednesday (today) at Kensington Oval, Barbados, with the final three matches to be played at the Guyana National Stadium on Saturday, July 31; Sunday, August 1 and Tuesday, August 3. The adjustment to the schedule was necessary due to the changes to the fixtures for the ongoing One-day International (ODI) Series between West Indies and Australia, which concluded on Monday. The aforementioned changes didn’t go down well with Inzamam, who found it degrading to Pakistan’s national side.

“I cannot understand how the Pakistan Cricket Board (PCB) agreed to it or how the West Indies board put forward such a proposal. As we all know, West Indies had to reschedule the ODI series against Australia due to a COVID-19 case. But what does the series T20 series against Pakistan have to do with it? How could the PCB agree to this?” Inzamam questioned. “The final T20 will be played on August 3 while the Test series begins on August 12. So there is a good nine days gap, in which a T20 could have been easily accommodated. If West Indies wanted to cancel a match, it should have happened during the series against Australia. What West Indies have done is degrading to Pakistan cricket. I am really shocked that Pakistan agreed to get degraded. You cannot do this. These are international fixtures and not club matches where you can say that I can play a match with this team team but won’t play with that side,” he added. Inzamam also asked International Cricket Council (ICC) to intervene and take note of the situation. West Indies, the two-time World Champions (2012 and 2016), are using this series as part of their build-up to the next ICC T20 World Cup which will be played from October 17 to November 14 in the United Arab Emirates and Oman.