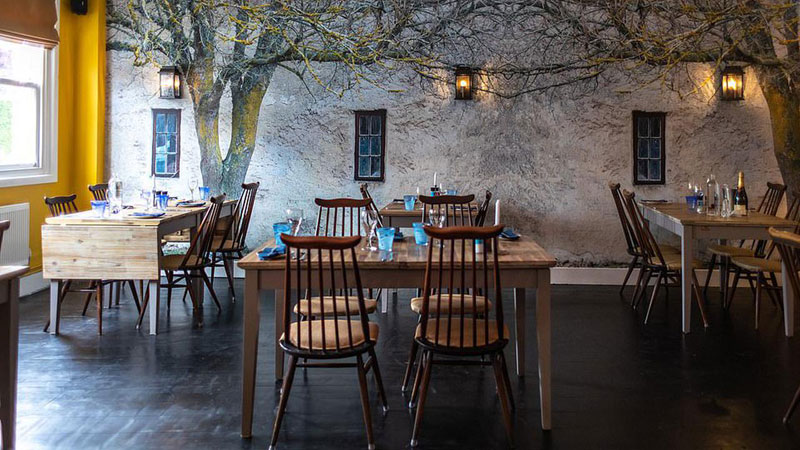 Far from the madding crowd, cocooned amid the verdant hills of Hardy country, La Fosse is a peaceful bed-and-breakfast with a renowned restaurant attached.

Run by chef-patron Mark Hartstone and his French wife Emmanuelle, their background of working in hotels around the world is evident in the standard of food and service, which they make appear effortless.

Cranborne is a village on the edge of Dorset’s expansive chalk downland, Cranborne Chase. It dates from Saxon times and became a Royal hunting ground for King John in the 13th Century, then Henry VIII and James I.

In 1891, Thomas Hardy based his fictional Wessex town of Chaseborough on the then-thriving Cranborne, where Tess of the d’Urbervilles would visit its Saturday market. While the population has since dwindled, Cranborne’s main attractions are its 12th Century church, an ancient technology centre with its clutch of reproduction Iron Age buildings, and an abundance of charming cottages.

Poole, Bournemouth, Christchurch and the New Forest are all within easy reach, making Cranborne both a perfect getaway and a base for exploring further afield.

On one side of the village square is La Fosse, a handsome Victorian red-brick building. Its interior is a mix of period furniture and fittings and contemporary comfort, along with beautiful stained-glass windows made by Mark’s sister-in-law. 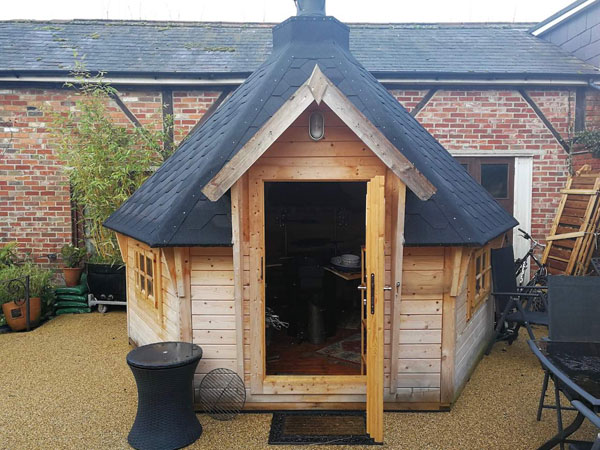 Our room, called Old Sarum, has a huge cushion-festooned bed, blonde wood and leather chairs, and a very pretty antique writing desk looking out across the garden towards the orchard and allotments which provide much of the fruit and veg on the menu.

At dinner, seated at a wooden table with Ercol chairs, the view was of Emmanuelle’s native France – an entire wall of the dining area is covered by a vast Provencal printed mural. But the food was closer to home: Cranborne Chase asparagus with hollandaise and a tiny cup of gazpacho, followed by a Wiltshire pork trio with glazed carrots and rhubarb, apple oat and hazelnut crumble.

La Fosse may be small and tucked away but its combination of cosy country comfort and a foodie menu to write home about make it stand out.

The USP: Contemporary comfort in ancient surroundings and make-you-feel-at-home hosts. I was greeted on arrival, given a jug of fresh milk for the room, and Mark and Emmanuelle appeared, as if by magic, with whatever was needed.

The rooms: All six are individually decorated and named after local cheeses, and come with underfloor heating. You’ll get wi-fi and a DVD library and can relax with fresh Dorset tea and coffee. A walk-in shower is stocked with a profusion of Cowshed toiletries.

The food: Award-winning gourmet dishes from a locally sourced menu. Breakfast was fresh Dorset yogurt with berries and eggs royale with smoked trout.