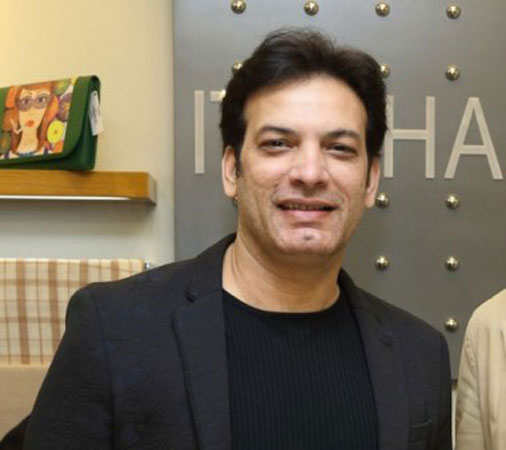 Love stories are made in the heavens or in Lahore’s Liberty Market if you’re actor Saleem Sheikh and his wife of 25 years, Nosheen Saleem!

Talking to host Nida Yasir on ARY Digital’s Good Morning Pakistan, Saleem shared his love story that is one for the books. “I first saw her on the street I was just walking along and she was shopping,” he recalled.

According to the Sunehray Din star, Nosheen was with her friend at Lahore’s Liberty Market, and her friend waved at him after recognizing him from the PTV play Parosi. That’s when he first paid attention to who would be his future wife.

“If I say it is a filmy story well, it is a very filmy story because we went our ways after that. There were no mobile phones back then and it happens in films right, that a guy wonders if he’ll run into the girl again at the same place that actually happened,” he shared, with Nosheen adding that they ran into each other more than twice at the same place coincidentally!

When asked what place was this, Nosheen replied, “Liberty because my tailor used to be there.” They further added that Saleem used to visit Liberty every day just to catch a glimpse of her in Liberty’s dupatta gali.

At a time when cell phones weren’t the norm, the two finally got in touch after Nosheen managed to get his landline number from PTV under the pretence of contacting him for a college function. And the rest is history!

We guess it really was written in the stars for the couple!