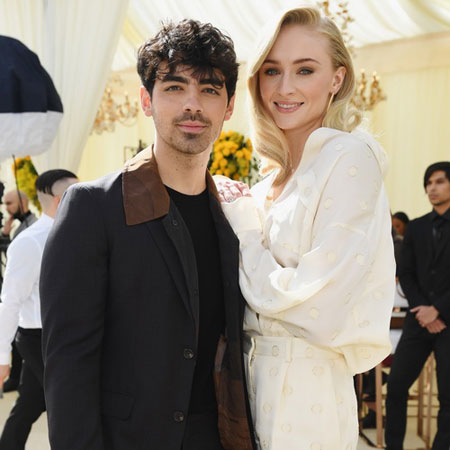 Joe Jonas is apparently a sucker for this one hobby that got him into trouble with wife Sophie Turner. Like many folks during the coronavirus pandemic, the Jonas Brothers singer took up a new activity while staying safe at home with Sophie. Joe revealed to the Wall Street Journal that he “got very into” building Legos with the Game of Thrones star, but it wasn’t totally smooth sailing for the duo.

“My wife and I probably built 10 monstrous Legos,” Joe recalled. “It was also quite funny, because I was super focused on helping her but then I was getting easily distracted and playing Fortnite.”

Joe said that the couple argued about him being distracted by the video game. He continued, “She loves her organization and it’s completely different from the way I would build it: ‘You do you; I’ll be here for support.'”

The parents to 1-year-old Willa Jonas found a compromise, though, which allowed Joe and Sophie to enjoy the Lego building together: He would be Sophie’s “moral support” and make cocktails for them.

Now, though, Joe’s band with brothers Kevin Jonas and Nick Jonas are focused on getting back on the road together after more than a year of touring hiatus. Their most recent project, Olympic Dreams Featuring Jonas Brothers, featured them learning various sports from professional athletes ahead of the 2020 Tokyo Olympics.

Joe revealed that the brothers’ group chat, in which they likely discuss tour plans and new music, is called “JB 2.0.” Joe said, “It comes from deciding to get the band back together,” which went down in 2019 after they initially split up in 2013.

He also shared some advice that he stands by to this day, which his dad Paul Kevin Jonas Sr. told him: “‘Live like you’re at the bottom even if you’re at the top.'” Joe credits his humility to his dad’s wise words.