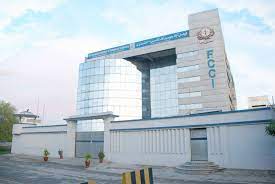 Faisalabad: Government is formulating long term policies for different sectors and we must give positive and productive input for each segment to harvest the maximum economic benefits in the years to come.
Addressing a joint meeting of the standing committees on Liaison with Trade Associations, Agriculture and Allied Engineering, Foundry & Light Engineering, Chaudhry Talat Mahmood Senior Vice President Faisalabad Chamber of Commerce & Industry (FCCI) said that Mr. Abdul Razak Dawood Advisor to Prime Minister on Commerce & Investment during his last visit to FCCI had categorically announced to arrange a meeting of industrialists with Prime Minister Imran Khan and we must carve out a strategy to convey our concerns explicitly so that Prime Minister could direct concerned departments to redress the same in our future policies.

Chaudhry Talat Mahmood also stressed the need to work on membership growth. “In this connection every sector must convince their relevant persons and firm members to get the membership of FCCI which is a supreme body representing the entire businesses”, he said and added that its recommendations are given due consideration at the highest level.

Rana Sikandar Azam Khan Chairman Standing Committee on Liaison with Trade Associations said that more than one hundred organizations are directly affiliated with FCCI while the number of its members are around 7 thousand. He said that we must expedite work to further enhance our membership. He appreciated the efforts of the Senior Vice President and said that any member who has problems with social security and Employees Old Age benefits Institution (EOBI) could contact him for the resolution of their genuine problems.

Mr. Ashfaq Ashraf Chairman Standing Committee on Foundry said that the Government has given out of proportion incentives to the industries in FATA which has played havoc with the foundry sector already working in other parts of the country. He said that the rate of iron sheet has increased manifold due to this policy of favoring FATA and the Government must intervene to bring down the prices in order to save this important sector from total collapse. He further said that the scrap rate was only Rs. 87 per kilogram on 1st July which has now jumped to Rs. 107 per kilogram.
Mr. Attaullah Chairman Standing Committee on Agriculture & Allied Engineering thanked Mr. Faizullah Kamoka and said that he had played a major role in reverting back the sales tax on agriculture machinery and appliances from 17 to 5 percent.