Two terrorists arrested by the CTD in Mardan 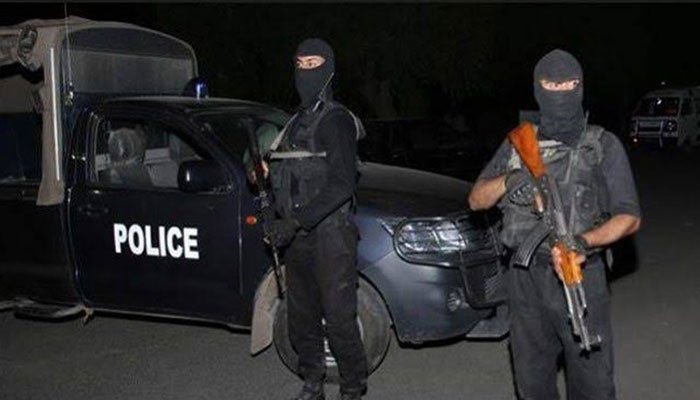 MARDAN: Two alleged terrorists in Mardan, Khyber Pakhtunkhwa (KP) were arresged by the officials from the Counter-Terrorism Department (CTD).

The raid was carried out after CTD officials in Mardan received a tip.

The terrorists, Nihad and Farhad, are wanted by the police in 14 and four cases, respectively, according to a CTD spokesperson.

It was also discovered that they had explosives, safety fuses, detonators, hand grenades, pistols, and cellphones in their possession.

It should be noted that the KP government had set a head money of Rs7 million for Nihad Ali and Rs4 million for Farhad.

On June 19, the Counter-Terrorism Department (CTD) announced that 49 operations were carried out across Punjab over a one-week period.

Three terrorists, including Iftikhar Ahmed, Saad Manzar, and Waseem Abbas, were arrested, according to the CTD Punjab spokesperson, and 50 suspects were interrogated.

The terrorists who were apprehended were allegedly linked to various banned groups.

The terrorists were charged and relocated to an undisclosed location, according to a CTD spokesperson.